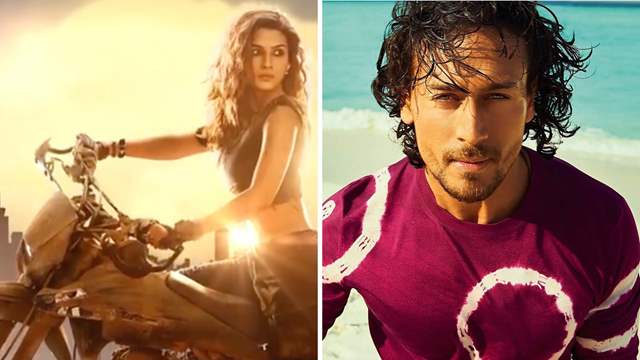 After much mystery and speculation, Tiger Shroff has finally revealed his leading lady from his upcoming action film Ganapath. And as everyone guessed right, its none other than Kriti Sanon joining the team with a bang!

Kriti is the leading lady of Ganapath and the man himself, Tiger Shroff unveiled her look from the film. Sharing the power pumped teaser, he wrote on social media:

Kriti also shared the same motion poster as she expressed her excitement on joining the film. She wrote: “Meet JASSI!! Super Duper Excited for this one!! Teaming up once again with my very special @iTIGERSHROFF. Can't wait for the shoot to begin! Lets kill it guysss! #Ganapath”

Kriti and Tiger have previously worked together in the film Heropanti, which also marked the actress’ Hindi debut.

Directed by Vikas Bahl. Produced by Vashu Bhagnani, Vikas Bahl, Deepshikha Deshmukh and Jackky Bhagnani, Ganapath is touted to be an action-packed entertainer and is slated to release in 2022.