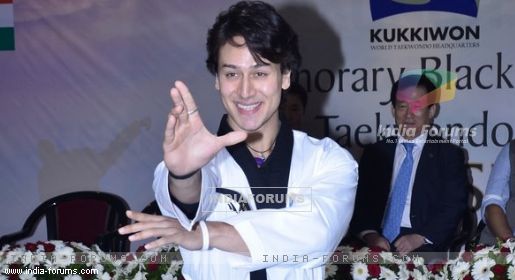 After a successful debut, actor Tiger Shroff has now received a fifth degree honorary black belt from the Kukkiwon - World Taekwondo headquarters, an organisation established by the South Korean government.

"I am so honoured to have received a 5th degree honorary black belt from the Kukkiwon World Taekwondo headquarters! I am most grateful to the association and the Korean government," he said in his Facebook page post.

"This is far more than I deserve and I will work even harder to live up to this honour so I can wear this belt with pride!!" he wrote.

The devotee of Lord Shiva, who wowed with his first film "Heropanti", is also getting popular as an action star. But the son of actor Jackie Shroff believes that there is more to action than just kicking and punching.