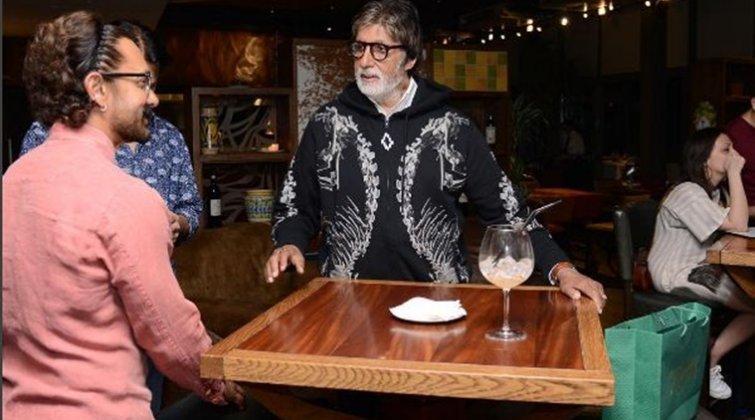 Megastar Amitabh Bachchan, who is busy with his next "Thugs Of Hindostan", says the film is rough and tough.

Amitabh on Tuesday tweeted: "Back from work on 'Thugs Of Hindostan'... It is rough and tough! But when ever did anyone gain without it."

An adaptation of the 1839 novel "Confessions of a Thug", the movie is slated for a 2018 Diwali release.

The Yash Raj Films' project, which promises to have action on sea and a dose of history, brings Amitabh and Aamir together for the first time.

The 74-year-old cine icon will also be seen sharing screen space with veteran actor Rishi Kapoor in the upcoming movie "102 Not Out". The two will be working together after over two decades.

Amitabh Bachchan Breaks Into Tears as he Pays Tribute to Late Rishi ...

ronetsingh 3 years ago I am too much excited to watch this movie.

jasmeet92 3 years ago Its Interesting To Watch Big B & Mr Perfectionist In Thugs Of Hindostan ...