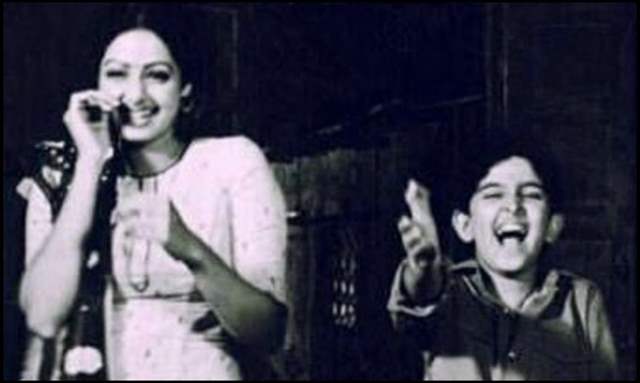 Hrithik Roshan has always managed to capture the hearts of his fans, may it be with his smouldering hot looks or his boy-next-door roles in Kabhi Khushi Kabhie Gham... or Main Prem Ki Diwani Hoon.

After working in Bollywood for the past two decades and charming the ladies with his killer dance moves, it is a rarely known fact that Hrithik has worked in 3 Bollywood movies, Bhagwan Dada, Aas Paas and Aap Ke Deewane as a child actor, before making a debut with Kaho Naa... Pyaar Hai, alongside Ameesha Patel.

The Greek-God of Bollywood shared the screen with big names like his father Rakesh Roshan, Rajinikanth, late Sridevi, Danny Denzongpa and Tina Munim in Bhagwan Dada.

Recently, while scrolling through Hrithik’s Instagram feed we came across a behind-the-scene photograph form the 1986 movie. We can clearly see in the picture that late actress Sridevi and a young Hrithik are laughing out loud. Looking at the photo, it looks like something funny must have happened on the sets of Bhagwan Dada.

Sharing the photo, Hrithik wrote, “I loved her, admired her so much. My first ever acting shot was with Sri Devi, I was nervous in front of her and I remember her shaking her hands pretending to be nervous cause of me, just to boost my confidence. We had to laugh, and she kept laughing until I got it right. Will miss you mam.”

On the work front, Hrithik Roshan was last seen in Super 30. The story is based on the life of mathematics genius Anand Kumar and also stars Mrunal Thakur, Amit Sadh, Nandish Sandhu and Pankaj Tripathi in key roles. He will be seen in WAR alongside Tiger Shroff and Vaani Kapoor.

Expected to be one of the most expensive projects of YRF, the film is shot in six countries across the world and will show some daredevil stunts, which will be a huge treat for the fans of both the stars. It is scheduled to hit the screens on October 2 and will clash with Riteish Deshmukh and Sidharth Malhotra-starrer Marjaawaan at the ticket windows.

Taking you down the memory lane, we also found some stills from the movie Bhagwan Dada and a video clip from the movie that showcases the relationship between Hrithik and Sridevi in the movie!

Check out the pictures and video clip below: 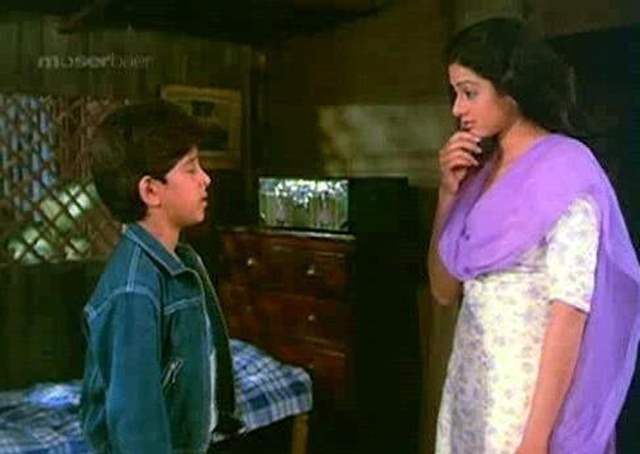 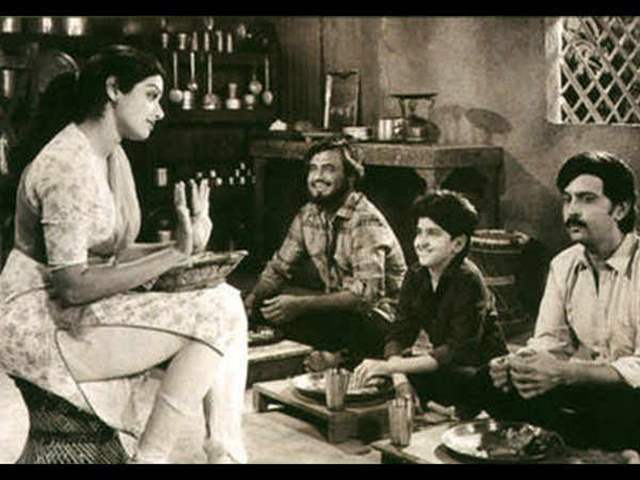 Kareena Kapoor Khan is all praises for husband Saif Ali ...
38 minutes ago

Sushant’s sister Shweta is Proud of her brother as he says, ...
41 minutes ago