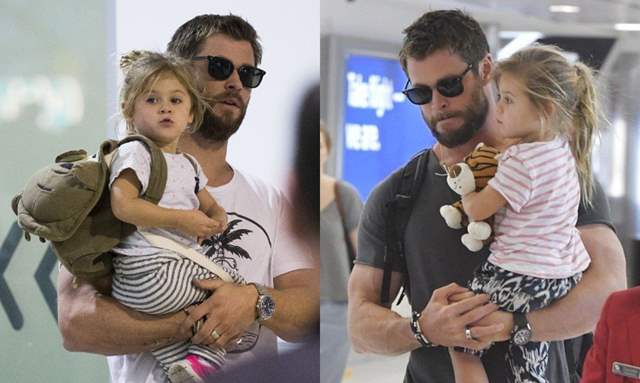 It’s no surprise Chris Hemsworth loves India and he has a special bond with the nation and its people. The Hollywood actor expressed his love by naming his daughter ‘India’. Recently, the 37-year-old actor revealed the reason behind the same.

Recently, Chris himself was here in India for the shooting of Netflix film ‘Extraction’ that also starred Bollywood actors like Randeep Hooda. On several occasions, he spoke of the country especially after he shot Extraction in Ahmedabad and Mumbai.

“I love the place and the people,” he said at a press event, “Shooting there... There were thousands of people on the streets every day and I have never experienced that on set. It was sort of intimidating as it was exciting because there were so many people.”

He added, “I have such pleasant memories of people and interactions there, and a lot of enthusiasm and positivity. There was real excitement for us shooting there. We had never shot there before. From the crew it felt like there were not many films like this being shot there so there was a unique sort of originality to it.”

Chris Hemsworth’s Marvel character Thor is quite popular in India and he was also surprised by the same. Furthermore, directors Joe and Anthony Russo reportedly said that while making Avengers: Endgame, they’d often inspire themselves by watching in-theatre videos of Indian fans cheering at Thor’s entry in Avengers: Infinity War.

review
Review Shriya Pilgaonkar and Iqbal Khan steal the show away in the ...
23 minutes ago