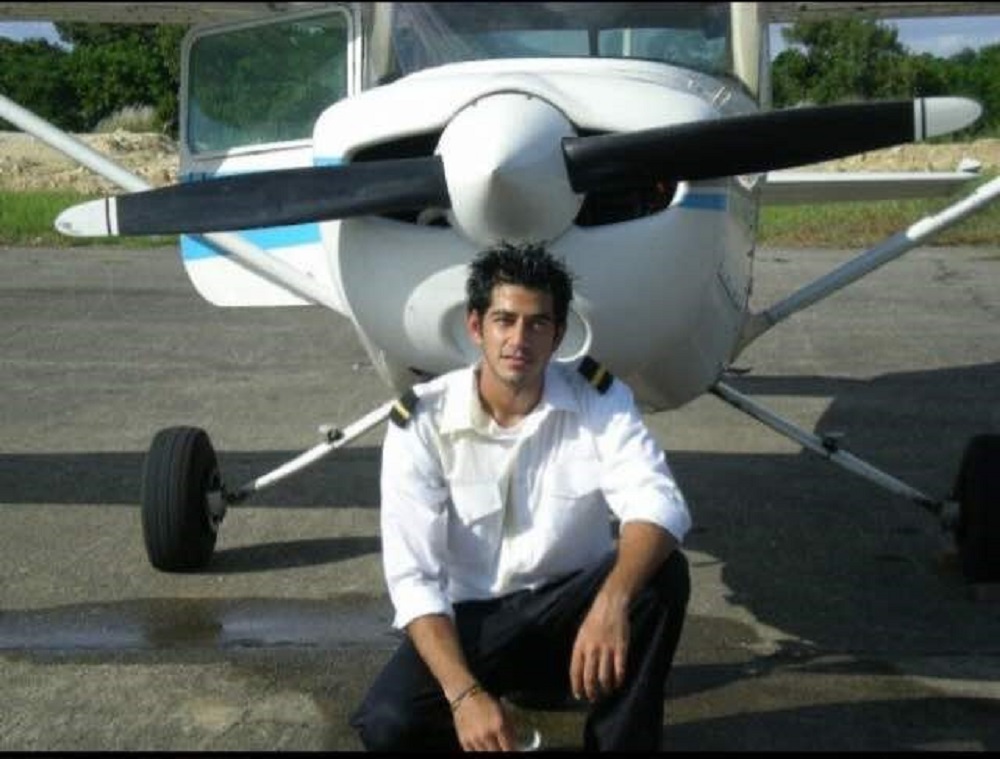 Talented model-turned-actor Nikhil Sabharwal who has floored everyone with his striking good looks, acting skills and chiseled physique has one more hidden talent.

Nikhil has clearly come a long way in his life from being a pilot to a sought-after TV heartthrob. Before the acting bug took over, he used to fly for Cessna Aircrafts in the Philippines. But his passion for facing the camera led the handsome hunk modelling assignments, a career on television and a role as Akshay Sharma in Bin Kuch Kahe.

Nikhil shares, "I learned how to fly aircrafts in Manila in Philippines at my flying school called Ace Pilots Aviation Academy. After getting an engineering degree, I trained in aviation for 8 months in 2007. I flew as a trainee with Cessna Aircrafts and flew a ten seater charter aircraft called BN2A-21, Islander.

I came back to India and converted my license as the recession had begun to kick in. Since I had started modelling after my school and all through my engineering years, I decided taking that up that once I came back from Philippines. I shot for several TVC's and eventually, that led to a film and a show within a year. I guess acting was my calling all along!!"

In the upcoming episodes of Bin Kuch Kahe, the date of Myra and Akshay's marriage gets finalized in the Kohli house. On the other hand, Kabir promises Myra that he will get married to her. Who will Myra tie the knot with? Kabir or Akshay?

--Amulya-- 3 years ago "Nikhil has clearly come a long way in his life from being a pilot to a sought-after TV heartthrob." What does this line mean IF's. Is being a pilot below an actor!!


Bin Kuch Kahe is a great show. Now or later, I wish more people do watch it, especially those who are fed up of dramatic serials.

Vedika211 3 years ago Bin Kuch Kahe is a great show. It is real, relatable and light hearted. Here's hoping it gets the wider audience it deserves.

Sanjay Dutt Admitted In Hospital Due To Breathing Problems; ...
57 minutes ago