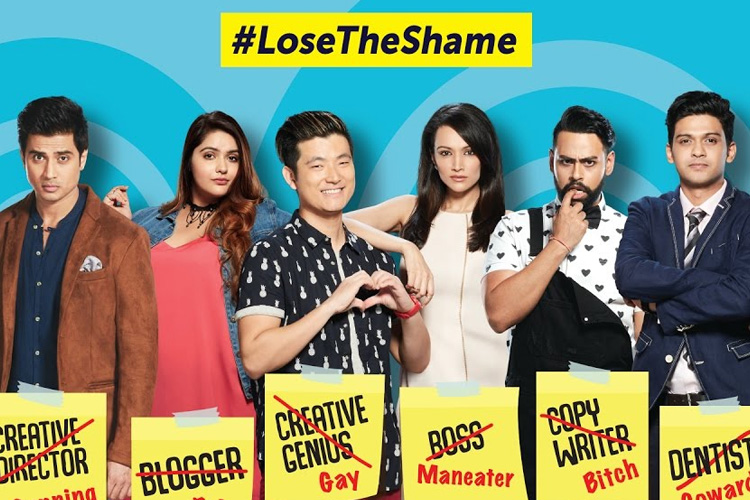 Actress Anjali Anand is currently loved to be hated as Lovely in Star Plus' rating grabber Kullfi Kumarr Bajewala. The actress made her debut on the small screen back in 2017 with Dhhai Kilo Prem which was short-lived, but it was enough to put her on the map. Only two shows old, she already has garnered a lot of love and fan-following.
But, few people would know or remember that the actress actually made her acting debut with a web show called Untag. The show premiered on Voot and did go on to become really popular. In fact, many fans have been demanding a second season for a long time now.
Guess what? The leading man of the show, Meiyang Chang also feels the same where he posted about it recently and Anjali agreed- 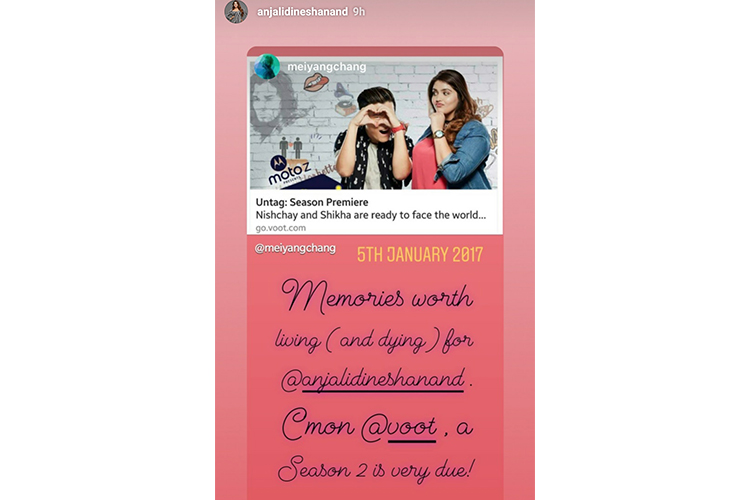 Won't you guys absolutely love a second season? Leave in your comments below...

+ 2
6 years ago just another random tidbit to add:

I was very young when the movie came out but the only thing i remembered back then about the movie is the attire that both Aish and Madhuri wore for the Dola Re Dola. Their clothes and jewelries for that song were very expensive. Everytime I watch that song on youtube, thats the first thing that pops in my mind. They were looking drop-dead gorgeous!

+ 5
6 years ago I thought it is gonna be review of old Devdas i.e. Dilip Kr. Suchitra Sen starer one .. this one is the worst adaptation of the novel .. full of non-sense melodrama .. as an ardent fan of Sarat Chandra Chattopadhay I despised these Hindi adaptations - Devdas & Parinita .. [I doubt if any Bengali literature lover cud tolerate them] both ruined the beautiful novel with filmy masalas .. Bollywood should never try their hands on classics .. they kill the literature in hollow extravagance .. Period.

6 years ago I love this movie so much! I love the music, the clothes and the story, although very tragic. Could never imagine KKK as Paro. Not in a million years. Each role was cast perfectly.