Colors TV's Silsila Badalte Rishton Ka became the talk of the town for a bold concept. While the change of relationships became the main agenda of the show, the infidelity raised eyebrows and thus the show received loads of flak. After many ups and down the show shifted to the channel's OTT platform VOOT and has been running successfully. The first season of the show is all set to come to an end and the shoot for season 2 is going to begin from next month. Aditi Sharma aka Mauli who won everyone's heart with her stunning performance and gorgeous looks ended her shoot yesterday and on this eve, penned an emotional post.
She thanked Shakti Arora, Drashti Dhami, Abhinav Shukla, Jaya Bhattacharya and others for the fun and experiences she had with all of them during this journey.
Check out her post here...

Silsila Badalte Rishton Ka season 2 will star Kunal Jaisingh, Rohan Gandotra, Aneri Vajani, Tejasswi Prakash in lead roles. The team shot for the promo recently and the show will go on air in the month of April.
Previous Next
5 Likes

Garima Jain Opens Up on Sex Scene in 'Gandi Baat 4'

Colors' to Come up With a Thriller Drama Under Beyond Dreams!

Madhurima’s Mom on Her fight With Vishal: I Got Really Angry at Him!

noreleman12 10 months ago Drashti Dhami missing you so much.. please come back

mas123 10 months ago Will miss Shakti Arora and Aditi Sharma on screen... shaditi is bliss...all the best to all actors...hope they get better project next time

Alohomora_ 10 months ago Will miss Drashti Dhami and Abhinav Shukla a lot. They were brilliant actors and pillars that held the show together which after their exit couldnt sustain itself. I hope to see these two in good projects in the future.

Twenty1st 10 months ago I liked the offscreen friendship between the four actors, Drashti Dhami was phenomenal as Nandini

rmahi25 10 months ago Gonna miss the mitochondria of Silsila Shakti & Aditi!!! They were just brilliant and a powerhouse of Acting skills!!! &lt;3 All the best to them for their future endeavors!!!! Love you both!!! 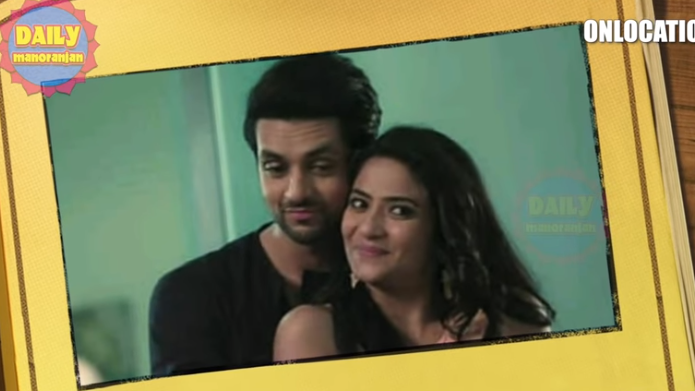 yanks28 10 months ago love MauNal...Love Aditi Dev Sharma and Shakti Arora's chemistry, comradarie and professionalism. They've stuck with the show thru thick and thin. Love them a lot and will miss MauNal and Shaditi so much. Would love to see Shaditi on screen again. I can feel how much both respect each other as actors. God bless you both.

Rani Chatterjee To Tie The Knot With A 'Mystery Man' From ...

exclusive
Exclusive Bigg Boss 13| I am Not Entering The House: Akanksha Puri

Shah Rukh Khan reveals the Rent of One Room in Mannat!