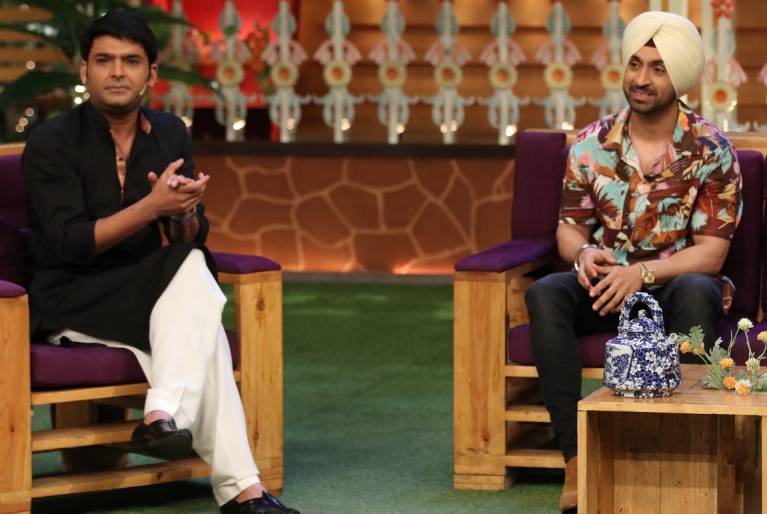 Kapil Sharma is known to make people laugh with his witty jokes, but not many know the good deeds he has done and continues to do so.

Recently, Diljit Dosanjh and Sonam Bajwa graced the set of Sony TV's The Kapil Sharma Show where Diljit revealed a memory with Kapil Sharma which not many know about.

Diljit Dosanjh mentioned that when he won the Filmfare Award he was stunned and happy to see Kapil standing backstage just to congratulate him. Diljit who was fairly new in Bollywood thought Kapil Sharma was very kind to have taken time out to acknowledge his win.

A source from the set informed, "Diljit was tab bit emotional while narrating the moment and was happy that Kapil Sharma was there as a friend and as a brother to greet him for his success. They both have struggled to get where they are today and it was truly a proud moment."

jazmeen 3 years ago Love you Diljit Dosanjh and Kapil Sharma

SSB28 6 years ago All the best Shah Rukh Khan for your every project.