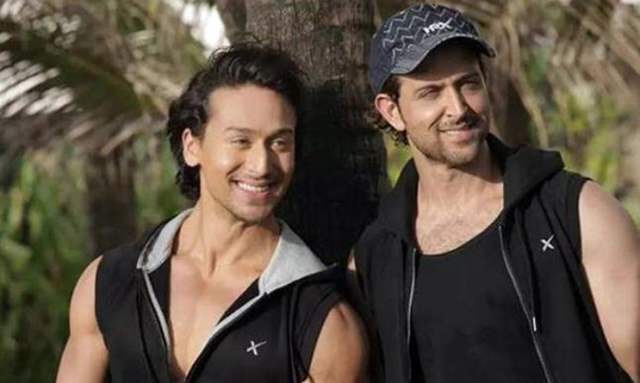 Tiger Shroff is on cloud nine right now. With Student of the year 2 going on floor this week, the actor will be soon seen with his idol Hrithik in Siddharth Anand's next. Ever since his debut film, Heropanti in 2014, Tiger has been vocal about his respect and admiration towards Hrithik. He in fact had often expressed his desire to work with the Krrish actor. And showed his affection towards the star publically by wishing the latter on his birthday through his social media account. Working with Hrithik was surely a dream, and Tiger wouldn't have given a second thought before agreeing to do this film alongside Roshan.

Tiger was grateful and happy to work with Hrithik, and referred him as sir. He revealed to DNA, "Working with Hrithik sir has been a gratifying experience. I’ve gotten to know so much about the craft and also so much about him. I respect him more after my personal interaction with him on the sets of our action film. I have seen how meticulous he is about every frame. If Hrithik sir is where he is today, it is because of his ability and desire to give the best. There is so much to take back from that man. The kind of intricacies he focuses on is amazing. Such detailing is what makes the end product so fantastic."

Currently, Tiger is busy promoting Punit Malhotra's Student of the year 2 along with debutantes, Tara Sutaria and Ananya Panday. The film will be hitting big screens on the 10th of May, 2019.

Well, it will be a treat to watch Tiger and Hrithik share the screen.