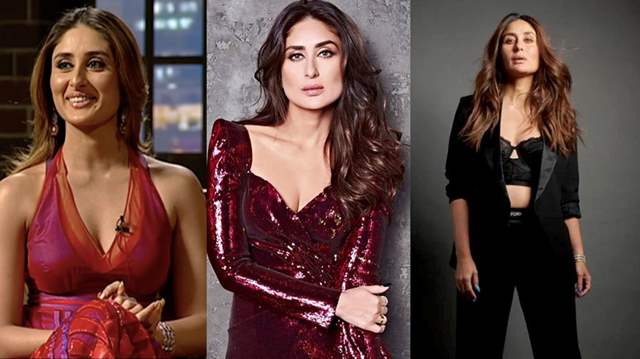 Kareena Kapoor Khan has been in the industry for more than 20 year snow but the evergreen beauty still manages to hold a place in the hearts of hers fans as well as the fraternity. She has it, an endearing personality, impeccable acting skills and an immaculate sense for fashion. There have been several occasions when Bebo have flaunted her enigmatic style and sartorial choices, but we have seen it evolve especially with her appearances on chat show Koffee With Karan.

Now, as the new season of Karan's show has been going on with full swing and the latest episode will be graced by Kareena and Aamir Khan, lets have a look back at Bebo's journey on the show and how her sartorial choices have evolved throughout  the years. 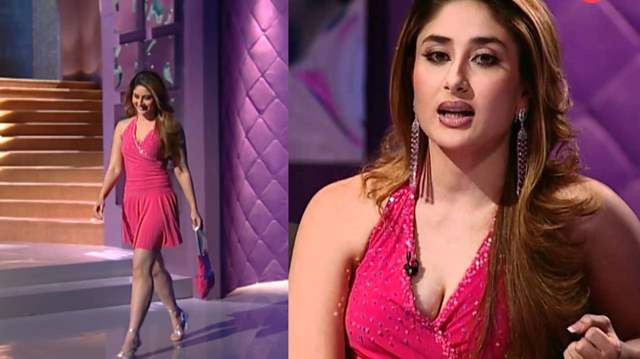 Kareena marked her presence with Rani Mukerji for the first ever season of the show. She was seen decked in a hot pink halter neck dress. With silver embellishments on the upper hem, the dress gave a bit of desi vibes. She complimented it with a pink bag and silver heels. Kareena opted to keep her tresses loose as she flaunted her silver danglings. 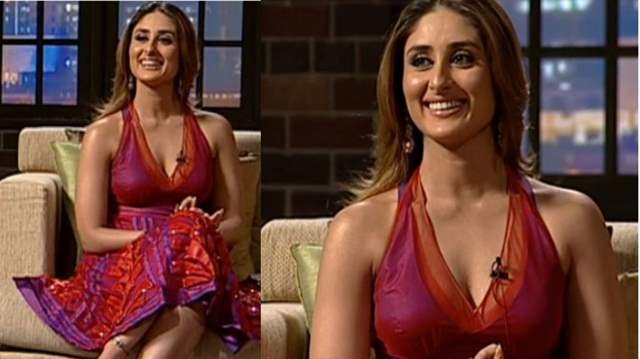 Not ditching the pink and halter neck, Bebo, once again went with a knee-length dress in the Season 2. With a crepe fabric and geometric lines, the dress was not a bad choice, but definitely not Bebo's best. Keeping her tresses loose with her danglers, Kapoor went with the same look as Season 1. 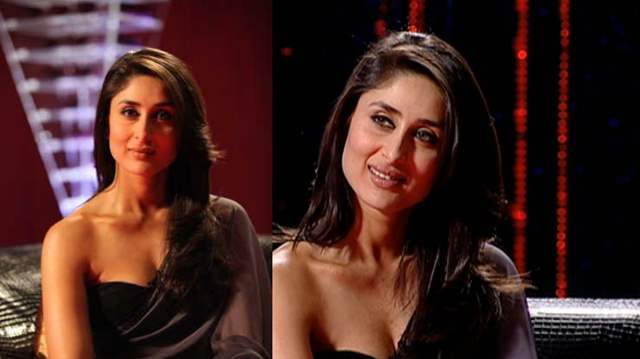 Gracing the couch with now-hubby Saif Ali Khan, Bebo looked like a goddess in Season 3. She was seen draped in a black chiffon saree with a tube black blouse. Keeping her makeup subtle and ditching the accessories, Kapoor kept it elegant. 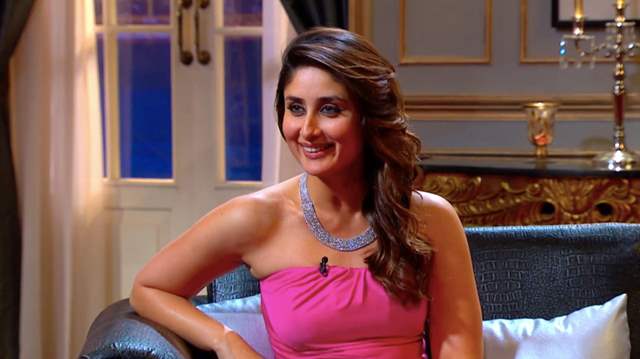 Looks like Pink is Bebo's go to colour when it comes to her Koffee outfits. Following Season 1 and 2, she again opted for a bubble pink outfit in the 4th one. Kapoor was adorned in a plain tube dress. She accesorized her look with a silver neck piece. Bebo left her tresses loose which were curled naturally and looked glamarous in this ensemble. 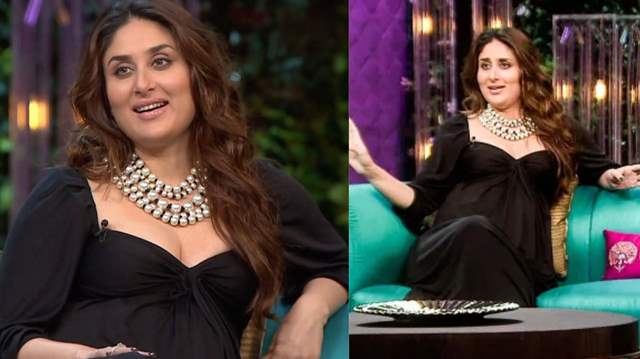 This was the time, when Bebo was lauded for her maternity wear. She inspired many by showcasing her beauty even with a baby bump. Decked in a  black dress with a sweet-hear neck line, Kapoor accentuated her ensemble with a pearl neck piece. She kept her makeup nude and her natural pregnancy glow do the talking. 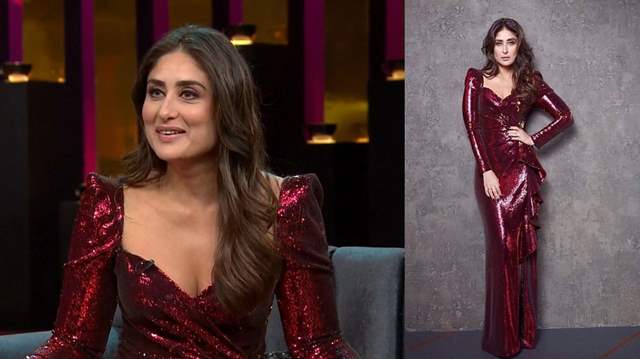 This was the first time Bebo broke her pink and black Koffee outfit streak and stole the show with her shimmery magenta ensemble. She was looking alluring in this full-length dazzling gown, catching all eyes on her, With this we can see how Bebo's style sense has evolved with each passing season and she has something new to offer every time. 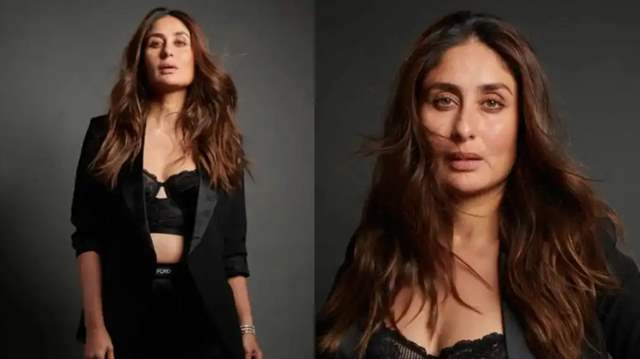 Appearing with Aamir Khan in today's episode, Bebo looks ravishing in her black ensemble. She is seen sporting a netted black corset top topped with a blazer and complimented with black pants. Keeping her makeup minimal and nude, she seems all set to spread her black magic and make her fans drool over her look.

Which one Kareena's Koffee look is your favourite. let us know in the comments section.