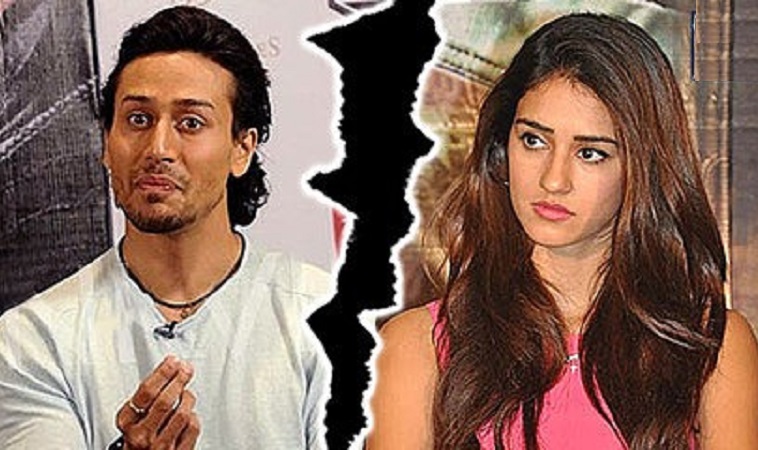 We all are aware of the fairy-tale romance between, Tiger Shroff and Disha Patani. While the lovebirds haven't made their relationship official yet, it is known to all that they are in a committed relationship and are frequently spotted at various public places and parties together.
On the forefront everything looks so beautiful and lovely, but it's not what's on the inside!
If reports in DNA are to be believed, Disha has been very controlling towards Tiger. She is a complete possessive girlfriend.
An insider has revealed to the popular daily, "Disha is a control freak. Apparently, she has been bossing over Tiger and controlling him."
Not only this, she has also restricted Tiger from interacting with his female co-stars.
"This is Tiger's first relationship and he's crazy about Disha. She, on the other hand, keeps a tab on his moves. She allegedly checks his phone regularly and has also given him a diktat to talk to his female co-stars only when he is on the sets. She has also told him that she doesn't appreciate him liking another actress' pictures on Instagram."
Her strict rules and regulations for Tiger has left him with a very handful of friends.
One of his close friend has revealed, "He has changed completely. Disha is extremely possessive about him. Her behaviour has ticked off most of Tiger's friends."
Apart from his friends, even Tiger's mom, Ayesha Shroff dislikes Disha to the core.
The source further reveals, "Tiger's mom Ayesha isn't too fond of Disha. But his sister (Krishna) and the actress gel well. His mom feels Tiger has become distant from her. He is living in with the model-turned-actress in her new pad and reportedly there's been an argument in the family over this issue."