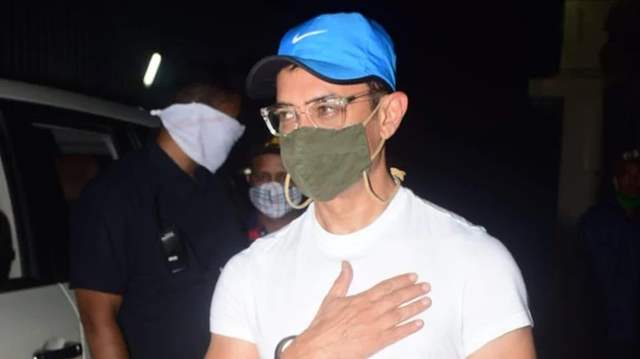 The big screen experience is back after a strenuous hiatus in 2020. And amongst the first mainstream superstars to come out in support of cinemas that had been lying shut since March, is Aamir Khan who watched Suraj Pe Mangal Bhari at a suburban multiplex last evening with his daughter Ira. The film starring Manoj Bajpayee, Diljit Dosanjh and Fatima Sana Sheikh has been making its audience chuckle with its quirky narrative.

At the screening, Aamir spoke about how much he is looking forward to the big screen experience.

We’ve been watching films on laptops for a long time since the lockdown and this big screen experience is so heartening. People have been praising the film, Diljit and Manoj are both being praised a lot. I wish the very best to the entire team and to all theatres who’ve opened up. Stay safe!

Aamir’s move is being hailed by exhibitors as the actor by merely stepping out for the film took away the stigma of watching films in the theatres. But mostly his show of strength for the film has been joyous for the producers at Zee Studios, who released the film in theatres to support cinemas who’ve been worst hit by the pandemic.

Suraj Pe Mangal Bhari released on Diwali in theatres across the country and have been appreciated for its laughs! The film helmed by Abhishek Sharma is a family entertainer which is perfect for community viewing. The film is the first theatrical release since Angrezi Medium on March 13.

luvumjht 5 days ago Lol, what a way to beg to people to come to the movie hallS. Sorry not interested.

luvumjht 5 days ago Lol, what a way to beg to people to come to the movie hallS. Sorry not inretested.

luvumjht 5 days ago Lol, what a way to veg for people to come to the movie hall