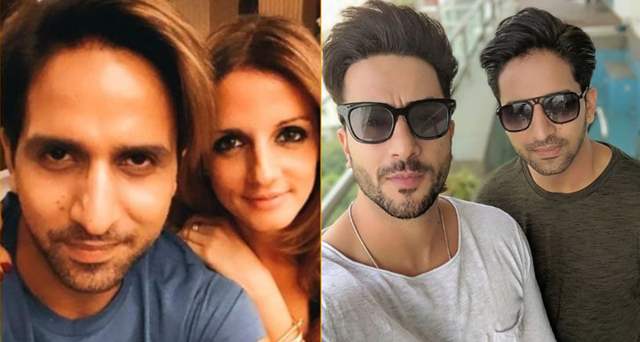 Hrithik Roshan and Suzanne Khan have been one of the most loved and power couples of B-town. But it seems destiny had other plans for these childhood sweethearts!

After knowing each other since childhood and then officially dating for more than four years, the duo tied the knot in 2000 and then in a shocking turn of events after being married for fourteen years and having two beautiful sons, Hrithik and Suzanne parted ways. In 2014 they called for a divorce, leaving everyone shocked.

But, they never let their divorce cause any trouble for their two kids. They have been giving co-parenting goals to everyone and continue to remain friends and have never ever said anything bad about each other in public, further going on to prove that they have no bad blood between them.

Now it's seems Suzanne has moved on in her life as reports of her dating Aly Goni's brother, Arslan Goni have been making rounds.

As per recent reports in Pinkvilla, Sussanne Khan, the interior and fashion designer is apparently dating actor Arslan. They have known each other for more than six months now.

They have known each other for more than six months now. They met through common friends from the TV world. But recently, the two have gotten close. It's evident from their body language that they are more than just friends. Arslan and Sussanne often hang out together with their common friends from the TV industry. Considering that Sussanne Khan went through heartbreak with Hrithik Roshan in 2014, she has been taking things slowly.

Sussanne and Arslan are yet to comment on the news. For the unversed, Arslan has signed Alt Balaji's web series 'Main Hero Bol Raha Hoon' in which he will be essaying a negative character.

Sussanne, on the other hand, keeps giving fans an insight into her life through her social media accounts.

Jasmin Bhasin is all praises for having Aly Goni as co-star in music ...

+ 5
1 months ago This is SO. random.. damn uf suzaane marries this dude, jasmean will be linked to hrithik and i DO not feel good about that 😂