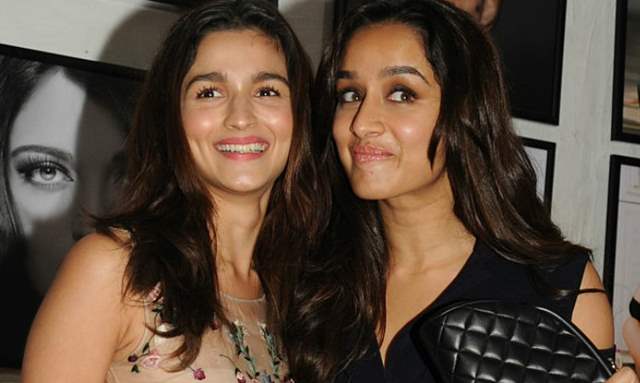 Shraddha Kapoor and Alia Bhatt have constantly entertained the audience with their films and characters they essay. This year, we were super thrilled to witness Shraddha ace her role in Saaho and Chhichhore and Alia Bhatt in Gully Boy too.

Both the actresses have a great growth overall and good career graph as well. For any actor, choosing their scripts wisely contributes majorly to their significance and growth in the industry.

The year of 2018 saw Shraddha nail the box office with her performance in Stree and entertain all to the fullest. While we had a successful film like Stree, we also witnessed multi-starrer film; Thugs of Hindostan fail miserably at the box office.

Well, what’s interesting is that both the super successful actresses, Shraddha and Alia had point blankly turned down the film. Let’s give them credit for taking this smart decision. They indeed know what’s best for their career!

Both of them definitely do realise the importance of a character, storyline and overall plot that makes a film successful! These two divas are unarguably super smart and the wittiest heroines we have in today’s current scenario when it comes to choosing scripts and roles.

While Shraddha Kapoor stunned us with her performances in Saahoo and Chhichhore this year, the excitement to see her back on the silver screen with her upcoming movies Baaghi 3 and Street dancer is certainly higher than ever!

Alia Bhatt reveals she is Honoured to be Invited to join the Academy ...

Varun Dhawan to have a Virtual Birthday Party; Alia, Shraddha to Join

columbia 8 months ago Does reporter understand meaning of witty?? Man IF has some of the worst analysts out there.