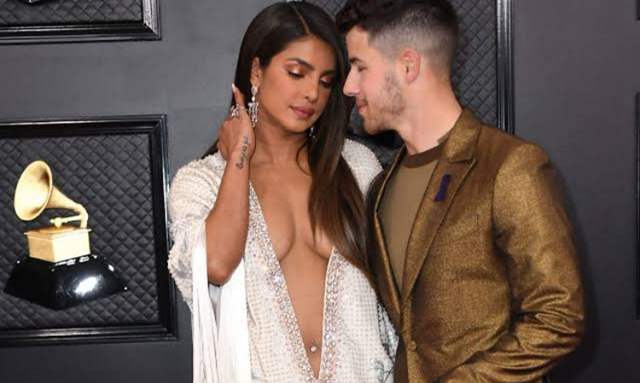 Priyanka Chopra is fearless and how. She made a powerful statement at the Grammys’ red carpet, along with her husband Nick Jonas, and her plunging white Ralph and Russo dress has stirred a debate.

Designer Wendell Rodricks had taken to Instagram to criticize Priyanka’s dress,  and commented on how “the neckline goes all the way from LA to Cuba.” He then deleted the post. Actress Suchitra Krishmnamoorthi stood in support of the actress and lauded her for her confidence for not trying to hide her belly in photos.

Rodricks was slammed for his comments, post which he shared a clarification on his Instagram. Sharing a picture of Priyanka and Nick, he explained that his comments were more about  “dress shaming than body shaming”.

For all those that said some really nasty things about me body shaming, here is my retort. Did I say anything about her body? No. Many women did. I just said the dress was wrong for her despite it being couture. It was more dress shaming than body shaming. Stop this sermon from high and read the post before you speak. There is an age to wear some clothes. Men with huge bellies should not wear tight T shirts. Same with women who wear minis past a certain age. If you don’t have it, don’t flaunt it. I stopped wearing Bermudas as I have a few varicose veins. Don’t make every issue body shaming, sexist or whatever. Or you can be false and fake resorting to being politically correct and not be truthful. If you don’t like my posts unfriend me.

Well, his clarification has again irked many, who have lashed out at the designer in comments under his post.

It was just yesterday that PeeCee had penned a cryptic post on her social media hinting at the hate against her navel baring dress. “I seem to be thinking what a crazy beginning of the year it’s been, and we are only in January. Love the ones you love. Live the life you want to live...with all the troubles in this world at the moment, be kind to yourself and everyone around you. I’m so grateful for the kindness I have received, and even when I have not...I some how have. Be kind to the ones around you. It matters. Life is a gift” she wrote on Instagram.

-Nina- 6 months ago i totally relate to Cshafkat's post ! people have the right to pen down an opinion ! when you are a public figure accept the love AND hate ! if you are showing and claiming things learn to listen back in return ! just a point .. she speaks about empowerment and wearing such stuff for her is empowerement and freedom whereas tweeting a rubbish a while ago concerning nuclear issues and attacking some innocent is a "right of opinion and being NATIONALIST" well your nation doesnt approve such dressing .. what do to now ... not a fan of her AT all ... she is a beautiful woman no Wonder but well he did not say anything wrong and well its a free world ... people will LOVE her and HATE her .. just like SHE choose the one to "help"

ChickenSoup 6 months ago Wendell Rodricks said nothing wrong. If she’s gonna wear vulgar outfits then she must be ready to be judged on it. People have mouths and they talk. If she expects people to accept her vulgarity in the name of so called freedom and so called women empowerment, then she has no idea how things work. But I believe she wore that dress just to attract controversy and to try and stress her relevance since she no longer carries any and whatever relevance she had is slowing fading away. The only reason people know her in Hollywood is because she is married to Nick Jonas. Sadly we’re living in a time when vulgarity and filth are considered progressive and empowering. People are becoming more and more shameless and senseless. These celebrities have no shame, no morals and people follow them blindly.

xxMATSxx 6 months ago Lol why the hell is anyone shaming anything at all? Dress OR body. Y does everyone have to have an opinion on everything?

shwetha85 6 months ago Looks like she wore what she wore for such controversial discussions and indirectly to tell people I am alive I am here dont forget me!!!! But at the end of the day it's her body and her choice.. people should respect that.. she doesn't care then why should we.