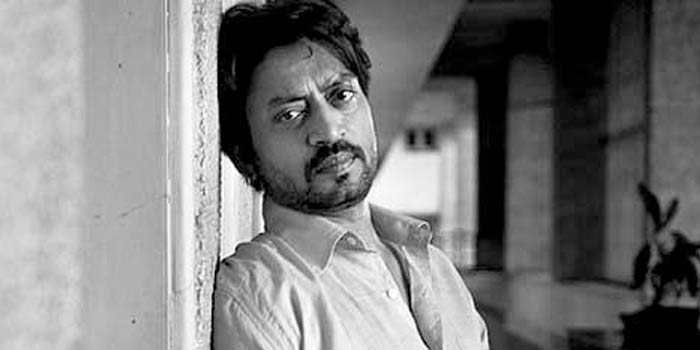 Actor Irrfan Khan's film "The Song of Scorpions", which narrates a tale of love and revenge, will have its world premiere at the forthcoming 70th edition of Locarno Film Festival.

"The Song Of Scorpions", which has been extensively shot in Rajasthan, is helmed by Anup Singh, and also features Iranian beauty Golshifteh Farahani, Waheeda Rehman and Tillotama Shome.

Fest artistic director Carlo Chatrian said that Irrfan and Farahani are expected to make the trek to promote "The Song of Scorpions", which mixes Bollywood tropes with harsh reality since its basic theme is "sexual violence against Indian women", reports variety.com.

The Locarno Film Festival has unveiled a rich mix of titles spanning many genres for its 70th edition. The lineup has strong French presence with Isabelle Huppert playing a physics teacher who undergoes a major personality shift in "Madame Hydea and Fanny Ardant playing a man who has had gender-reassignment surgery in "Lola Pater".

According to variety.com, the lineup of the Swiss fest dedicated to indie cinema combines potential discoveries with new works by known festival auteurs such as Noemie Lvovsky, Anup Singh, F.J. Ossang, Wang Bing, Annemarie Jacir, and a posthumous film by Raul Ruiz. The official competition comprises 14 world premieres, four of which are films by first-time directors.

Lvovsky's "Tomorrow and Thereafter", a dark fable about a 10-year-old girl living with an unstable mother, will open the fest on August 2 in the Piazza Grande.

The closing film will celebrate Swiss hard-rock band "Gotthard" with documentary "Gotthard - One Life, One Soul", directed by Kevin Merz. French director Olivier Assayas is heading the main jury, while Egyptas Yousry Nasrallah will preside over the Filmmakers of the Present jury panel.

The festival will run from August 2-12.