After a long and winding year, the summer presents itself as an excellent opportunity to relax and reflect upon the rollercoaster ride of life. While the happy moments brighten up our lives with their smile, it's the not-so-happy moments that makes us realize the true value of a smile. Here is BollyCurry presenting to you some of the inspirational characters of our timeless cinema, those who through thick and thin held on to that smile, lightening up the lives around them.
Kajol Devgn - Kabhi Khushi Kabhie Gham 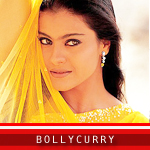 Essaying the character of a jovial and fun-loving Punjabi, Anjali Sharma Raichand, who in spite of her lower socio-economic status, never let go of that smile which not only bowled over the heart of Rahul (Shah Rukh Khan) but also the audiences. Kajol's role in the movie was a perfect depiction of a strong and supportive woman in the domestics of Indian culture and society. Be it her responsibility as a mother or a rejected daughter-in-law, the character fulfilled it all without any complaints.
Aamir Khan - 3 Idiots 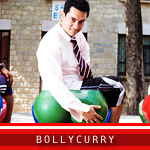 Ranchoddas Shyamaldas Chanchad/Phunsukh Wangdu - a character as unique as both his names in the movie played by perfectionist Aamir Khan in 3 Idiots. From the wrath of his teacher, to supporting his friend lying on his deathbed, to being separated from his friends and the love of his life, this man bore it all with a smile. His 'all izz well' became the new talisman for the public to rescue them from any sort of trouble. Khan inspired one and all with his brilliant and power pact performance in the movie.
Kareena Kapoor - Jab We Met 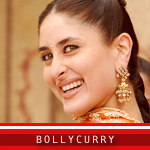 Talking about inspirational characters, one can simply not forget Geet from Jab We Met. Kareena Kapoor played the role of a frivolous, lively and talkative Punjabi girl who madly loved herself. But life wasn't as simple as she thought it to be. Her crumpling down when her boyfriend out rightly refused to marry her and the after journey then onwards was full of hardships. But even through this phase of intense depression, she emerged victorious from the darkness that seemed to have engulfed her life. 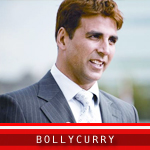 Now, while it isn't every day for a simple villager to be married off to a modern British girl and end up in London only to find out that the marriage isn't even legal, it surely isn't simple to plunge out of this pool with a smile on your face. This is exactly what happened with Arjun (Akshay Kumar) when he ended up in London. While it may be difficult for a man deal with rejection just a day after his marriage in an alien land, Kumar survived it all with a smile. As the saying goes, "all's well that ends well" and this rom-com ended with Arjun winning over the heart of the spoilt British brat. 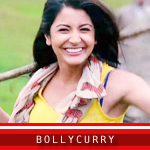 This beauty is known for her enchanting smile and man did she flaunt it in her movie Jab Tak Hai Jaan. She played the role of an energetic and full of life journalist whose positive outlook towards life helped the much distorted Samar (Shah Rukh Khan). Although she didn't have much luck with her love life, she stayed strong to unite the star crossed lovers of the movie. Sometimes love isn't about getting but more about giving.
Genelia Dsouza - Jaane Tu Ya Jaane Na 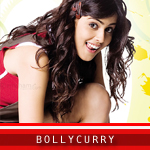 The movie depicted the charming story of two college best-buds turned lovers who survived the twists and turns of life with contagious smiles on their face. While this love story had way too many, and might we add absurd hindrances, Aditi (Genelia D'Souza) impressed all with her bubbly persona and sweet smile. It isn't surprising that the audiences fell in love with this aggressive and impulsive character.

A smile may take the form of many shapes but its effect isn't ordinary; the gesture rules the world greater than any other powers known. We close this edition with a simple smile hoping you find inspiration in these characters our Bollywood actors portrayed with such vigor. Let us know your story and which character inspired you the most in the comment box below.
Writer: Urooj K.
Editors: Nabila S. and Jenifer Y.
Graphics: Fizii
Have a suggestion or comment for BollyCurry? Then drop us a PM at BC_Dropbox today!
13 Likes