View Profile
As it is said that 'Marriages are made in heaven' our TV shows too present the sequences with lavish decorated sets with all the apt set up, bridal outfits along with a dose of drama and intriguing twist in the storyline of these shows.

We feature some wedding sequences which have showcased a high point drama in their shows. 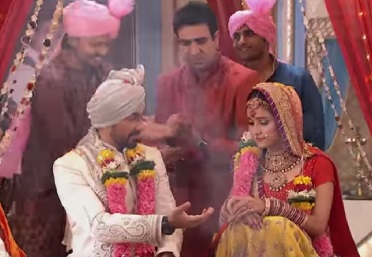 Ek Mutthi Aasmaan on Zee TV recently went off air because of its dipping TRPs. The show ended on a good note where Raghav and Kalpana got married. 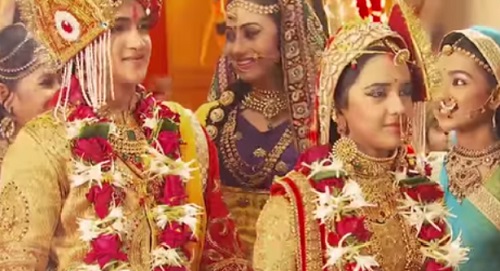 Bharat Ka Veer Putra - Maharana Pratap on Sony TV recently witnessed the most awaited marriage of Pratap (Faisal l Khan) and Ajabde (Roshni Walia), the show gained high ratings with this sequence and the show is all set to take a leap where new actors will be introduced as Pratap (Ssharad Malhotra) and Ajabde (Rachana Parulkar). This wedding was a grand affair which was like by many viewers. 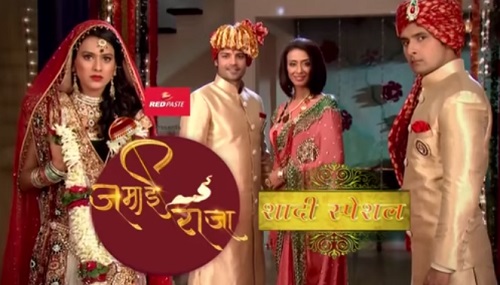 Jamaai Raja popular show on Zee TV showcased the family drama where the son in law residing at his in laws place tries to pacify things between a daughter and mother. Sid (Ravi Dubey) and Roshni's (Nia Sharma) wedding was worth watching wedding sequence. 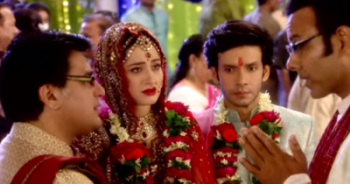 Ek Hasina Thi, a popular show of Star Plus recently showcased a wedding of Dev (Bhuvnesh Maan) and Durga (Sanjeeda Shaikh) in an uncertain circumstances. Well the vicious Saakshi (Simone Singh) is out with her next plan of action to trap Durga to know her motive and defeat her in the race. 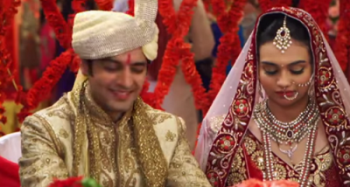 Nisha Aur Uske Cousins on Star Plus was revolving around Dolly's marriage who is Nisha's (Aneri Vajani) cousin for quite sometime now.  The wedding witnessed a dose of drama along with many twists and turns. Nisha's cousin gets a proposal of Ritesh for Nisha during the marriage rituals and still the story is revolving around Ritesh and Nisha. Well this track is keeping the audience hooked to the show.

Well, marriage sequences can surely add to the high point for TV shows.

6 years ago Asha Negi you look gorgeous in bridal attire