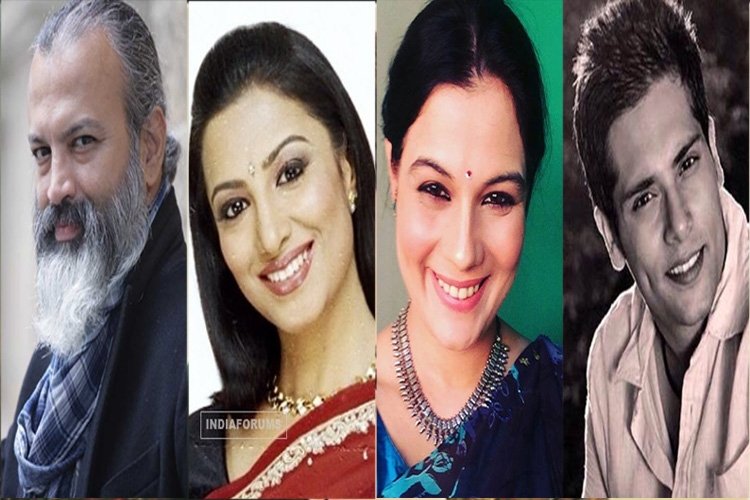 It was all a long wait without any official announcement for the many fans of blockbuster film, Kabhi Khushi Kabhi Gham, when it was confirmed that the film will be getting a remake on televisionand that it will be presented by none other than, Ekta Kapoor.
However, the same was validated by Ekta a couple of days ago, when she said that the show will be airing on Sony TV (indirectly). We have constantly been updating you with how the casting has been going forward and how Varun Sood was finalised to play one of the male leads in the show.
And now, with time passing by, the makers have roped in a big chunk to fill in the ensemble cast, which includes actors, Bijay Anand, Geetanjali Tikekar, Ritu Vij and Manraj Singh.
There will be some obvious variations to the story as opposed to the film, and here's how.
Bijay, who was last seen in Siya Ke Ram will be playing the role of the father, and Geetanjali will play his on-screen wife along with Ritu Vij playing his ex-wife. And coming to Manraj Singh, the actor will play a helper's son, who will happen to be very close to the big family.
Are you excited with the new names on the cast? Leave in your comments below.

2 years ago Ekta Kapoor show on Sony ?
Hope atleast here he refrained from showing lots of bakwaas drama where KKKG is one of my fav movie so hoping it's not to be ruined by soap queen like all it's previous shows
Mine fav show on Sony channel is Yeh Un Dinon Ki Baat Hai ...very relatable and beautiful show

+ 3
2 years ago Thank God it's on Sony! I haven't even read the article, I am so happy just by reading the title that I had to comment! I love that movie; so was afraid they are going to ruin it with over dose of drama, but now since it's Sony it will be short and sweet and not to mention classy! My latest fav show is 'Yeh pyar nahi tho kay hai' which is on Sony and it's is super classy too! So yeah, I trust them more than other channels...