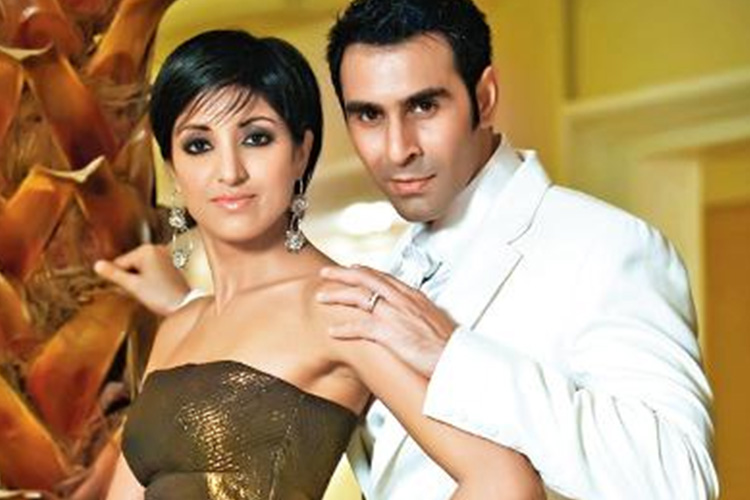 The reality show, 'Power Couple' is at the verge of its finale and it is touted to be a grand one. Following the old tradition of reality shows, Power Couple too will be having the eliminated contestants gracing the finale while Naved Jaffrey-Sayeeda Jaffery, Shawar Ali-Marcela and Vindoo Dara Singh-Dina Umarova contest for the finals.
However, where almost all the ex-contestants would be a part of the finale including Aamir Ali-Sanjeeda Shaikh and Ashmit Patel-Mahek Chahal among others, one of the prime contestant couples wont be a part of it..
And things get a little not-so-pleasant now...
Sandip Soparkar-Jesse Randhawa, one of the first contestant couples to be eliminated from the show will not be a part of the finale.
According to a leading news daily, the couple was reportedly dropped from the finale on purpose inspite of them giving a thumbs up to be a part of the finale.
Where they were expecting an invitation, the channel apparently ignored them while the couple was in Delhi and was ready to allocate dates for the finale. However, the channel told them that they have budget constraints and hence they will not be flown for the shoot from Delhi and the shoot will continue without them.
Sandip confirmed the incident and is miffed with the makers on giving such reasons for not inviting them. He also mentioned that the prime reason of disappointment is that this will be their last chance for reuniting with other contestants, but it doesn't seem to be happening now!
We wish things get sorted and everything goes well.

Sanjeeda Sheikh on spending time with her daughter

Arjun2016 4 years ago Shawar and Marcela deserve to win after Amir Sanjeeda.

stranger.67 4 years ago If power couple define people like Marcela and Shawar then what a shame... Shame to see them in finale there were most more deserving then that. If power couple is performing task and bidding then its another shame... This show was suppose to show the emotions and respect among each other but oh hell I should already guess by the host of the show that there wont be anything such as power couple. The biggest exemple is Malaika and Arbaz lmao.