As Shyam Ramsay hits off with his new venture - Neeli Ankhen on Sahara One, the Icchadhari Naagin is played by Rubina Sasihuddin. Being a swimmer, Rubina made her debut in a Telegu film,and now is on course to play a supernatural character on the small screen. The Telly Buzz team talks to the leading lady about her show, character and much more… 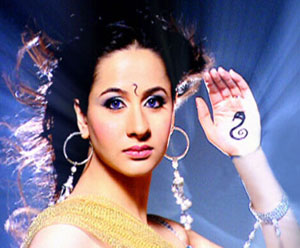 Featured Video
What exactly is your character like in Neeli Ankhen?

I play the role of Vaishali, an Icchadari Nagin who takes revenge and the whole story revolves around her.

What were you doing before Neeli Ankhen came along your way?

I am basically a swimmer.I have won many swimming championship titles. My articles were also published in many leading newspapers. My dad always wanted me to become a sports person. When I was studying in Sophia College, I did a ramp show for Sunsilk, which was my first ad shoot. Aachla Sachdev saw me on that ramp and adviced me to make a portfolio and go ahead in the media field. The first offer I got was for a Telegu film - Joruga Husharuga. Post the film, I went for the audition of Neeli Ankhen, and Shyamji was convinced that I will be the one fit for the role.

How come you hit the small screens after the 70mm screen?

There is a not much difference in the two. The technicality is almost the same. The only thing is that it takes at least 6 months to complete a movie and I had to put twice as much effort for my first film as I was not fluent with the language. Here, being a Mumbai unit and Shyam ji always being on the sets, it did not pose a problem for me.

The experience was very different. Here I got a chance to showcase my talent. The serial is not like the usual saas- bahu dramas. The story has romance, action and suspense. The story only revolves around me. All the co- actors are very supportive and they didn't make me feel like a newcomer in the industry. Even Shyamji and the production house was very cooperative. We are like one big family, and if given a chance I would definitely work with them again.

This show is similar to Zee‘s Naagin, do you believe the show will fit in well with an already existing popular show on the same lines?

I don't know much about that serial, but I can tell you that both the serials are different. I come from the depths of the earth in order to fight against the negative forces, and as far as how the show will go and if it will be popular, we’ll just have to wait and watch.

Other than being an Icchadhari Nagin, would you like to try out something different?

Yes, I would definitely want to explore new roles. If granted a good opportunity, i will surely try my hand at different shows.

Any future projects in the pipeline?

No, right now I am just concentrating on this show. 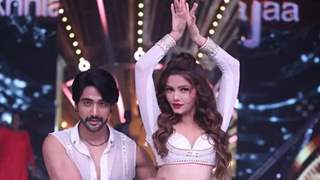 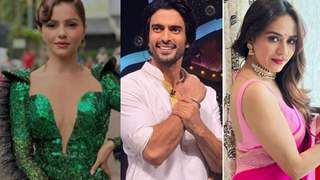 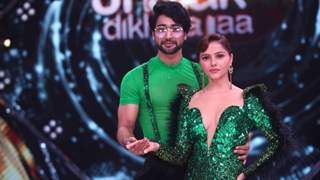 14 years ago I really do enjoy Naagin. But at times I feel the story is a bit jumpy. Maybe this one will be a bit consistant.

14 years ago The show Naagin-Waadon Ki Agnipariksha isn't going that well, maybe this won't either! lol! No offence though :)