The first quarter of the year has seen only few movies which have convinced the audience to come to the theatre! Some movies lacked story, some lacked acting and so on But no worries, here we have a quick look at the movies releasing this April which surely can bring you out of your homes and bring in some entertainment this summer! 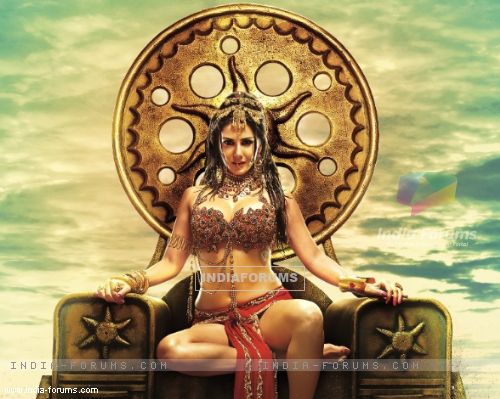 Ek Paheli Leela is a reincarnation story of love between Leela and he lover! Starring Sunny Leone, Rahul Dev, Rajneesh Duggal and Jay Bhanushali, Ek Paheli Leela releases on 10th April. Sunny Leone will be seen playing three different roles in the movie. The trailer of the movie has made an impact on the masses and it surely will add more heat to the summer. We can hope something new and different from this film and not the stereotypical Sunny Leone film.

Mr.X is an upcoming sci-fi movie directed by Vikram Bhatt, starring Emraan Hashmi and Amyra Dastur and produced by Mahesh Bhatt. The story revolves around a man who gains the power of invisibility and tries to punish the people who have done wrong to him. The trailer suggests Mr. X to be roughly adopted from the Bollywood film Mr. India and Hollywood film Hollow Man. It's an Emraan Hashmi movie that got a U/A certificate. What more can we expect! Looking forward to this film as a mass entertainer, that hits the theatres on 17thApril.

Margarita With A Straw

Margarita With A Straw is a story based on the struggle of a girl with cerebral palsy to live a normal life, starring Kalki Koechlin and directed by Shonali Bose. Kalki plays a Delhi University student, who is an aspiring writer and creates electronic sounds for the University Band and moves to New York with her mother (Revathi). She falls in love with an activist (Sayani Gupta). The rest of the movie is about the journey of the girl on self-discovery. The movie seems to be one that would appeal to the classes much more than the masses. Let's wish the movie is successful and doesn't die out due to the lack of commercial content.

April 2015 brings to you many smaller releases like Paisa Ho Paisa, Dharam Sankat Mein, NH-8 Road to Nidhivan Chauranga, Ishq Ke Parindey and Solid Patels as well. Another film Broken Horses, though not a Bollywood release but produced by Vidhu Vinod Chopra, is also a movie you could look forward to. Do comment and let us know the movies you guys are waiting for!