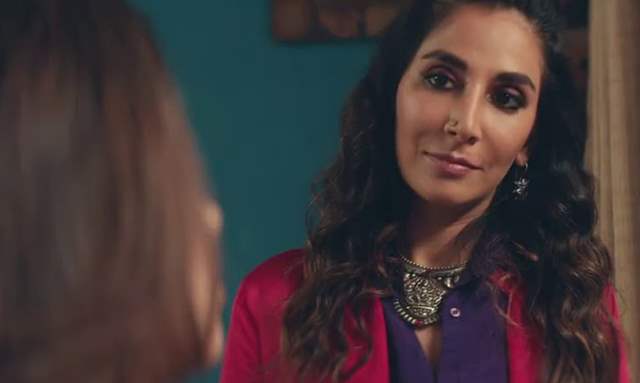 It is Pride month! The month where we celebrate different orientations and individuality. As the month is coming to an end, we spoke to Monica Dogra, who considers herself an ally. Monica recently played a queer character in ALTBalaji's The Married Woman. The show received many laurels for its poignant storyline and striking execution. However, it was Peeplika, the character played by Monica, who many fell in love with. The chemistry between Peeplika and Astha was appreciated so much so that the makers even announced the second season of the show to kickstart this year's Pride Month.

While talking about Pride Month, Monica said, "Firstly, I want to raise a toast to the entire LGBTQ community. For me, this community possesses pure magic, vibrancy, swagger. I want to say I am deeply grateful for the support I've received for playing a Queer character on screen.  Being included and celebrated by the queer community feels like an honor and a privilege. I thank my lucky stars for being a part of such a show that exemplifies 'love is love'. All I want to say is that no matter what your sexual orientation is, take Pride in yourself."

Coming back to the show, Ridhi Dogra and Monica Dogra, who played Astha and Peeplika in the show, will return to reprise their characters in the second season.

The Married Woman, based on Manju Kapur's novel, A Married Woman, is a story set in the 90s about Astha and Peeplika. While Astha is a dutiful housewife and a mother, Peeplika is an unconventional artist. It is a story of Astha trying to figure out herself, and during her journey, she meets Peeplika. However, the series ended on a cliffhanger when Astha gets to know about Peeplika's past, making her dubious of her relationship.