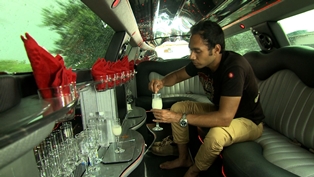 That's what young Chef  Saransh Goila (26), did with his television show, Roti, Rasta Aur India, on FOODFOOD, India's No 1 food lifestyle  channel, that entered the Limca Book of Records  The food travelogue moved across  India, for 100 days, covering 100 cities and staying and meeting people in around 60 cities, approximately over 20,000 km by road.

His journey, on Roti, Rasta Aur India, was a journey about the people of India, the way they cook and eat; their culture and daily life. The objective was to showcase the multi faceted nation, its people and the rich traditions and cuisine.

The culinary journey started from and ended in Delhi. Chef Goila also anchored the show which was first aired on August 24, 2012 at 8.00 pm.

Ecstatic over his achievement Saransh said, "I  am the luckiest 26- year- old Chef  who got to travel 20,000 km across  India, non-stop, in 100 days ,by road. It was a dream to travel, explore & relish food cooked by different people in different locations. Every state, village and town has a lot of distinctive characters which reflects in the taste of their food and their style 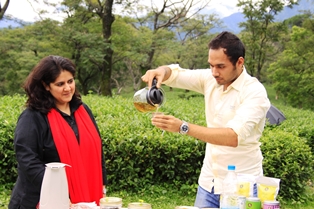 He further added, "All the experiences helped me change my perspective about food & life. Through this show, I have realized that the things we city dwellers take for granted are nothing short of a luxury in some parts of India. Most people I met lead extremely difficult lives, but are ever so grateful for what they have. Now, my style of cooking is very rustic and I believed in preserving traditional food. The result: I am being called Sadak Chef'."

Roti, Rasta Aur India was a journey across India with Chef Saransh taking a look at the culinary heritage of the country and tracing its history. It showcased the rich traditional Indian cuisine, unique, yet diverse in flavors, made with distinct cooking originating from every region in India.

Through this food travelogue the young Chef touched the lives of hundreds of people and became a part of their lives for a day. Besides, meeting new communities, cooking for them and eating with them, he also had enchanting and enriching food stories to share with the audience.