The greatest possession of actors is their blind faith in any scene, that they are who they are today. This faith has no boundary to its scope, but a horizon that is spread throughout. Similarly, the acting skills of an actor are not barred by any geographical, linguistic or territorial obstruction. A fine example of same can be seen in the crooks of B-Town, where we have had renowned actors who have explored the various other cinemas including their pet favourite, the Tamil Cinema. Fondly referred to as Kollywood by viewers, the Tamil industry has a great stipulation for those with a proficiency in acting. Today BollyCurry introduces to you a few actors who've crossed the bridge between the Hindi and Tamil movie industries. 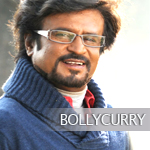 The star that is worshiped by all and sundry down South, Rajinikanth began his acting stints through a series of Kannada plays. He made his debut in the films with the Tamil film Apoorva Raagangal (1975) which was critically acclaimed, winning three National Film Awards. After becoming a celebrated actor in the South industry, he forayed into Bollywood with Tatineni Rama Rao's Andha Kanoon in 1983 which opened up new gates for him. One of his most appreciated works in Bollywood is Hum (1991), in which he played younger brother to Amitabh Bachchan. The rest, as we say, is unforgettable history.
Kamal Haasan 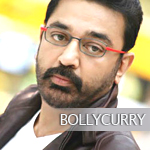 Another Tamil star that managed to dazzle the Hindi film industry with his charms and caliber is Kamal Haasan. After taking the Tamil industry by storm, he entered Bollywood with his Hindi debut film Aaina (1977). His notable contributions include Ek Duuje Ke Liye (1981), Saagar (1985) and Chachi 420 (1997) amongst others.
Sridevi 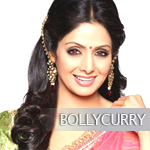 The stunning actress who took off as a child artist in a few Kannada and Telugu films, after proving her mettle in the South, made her Bollywood debut with Solwa Sawan in 1979. She has countless movies to her credit and was slated to be one of the superstars of Bollywood.
R. Madhavan 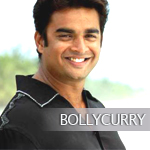 The versatile actor R. Madhavan has been a part of both Bollywood and Kollywood comparably. He started off with the Hindi movie Is Raat Ki Subah Nahin (1996) and the Tamil film Alaiipayuthey (2000). Rehna Hai Tere Dil Mein (2001) is the movie that got him much deserved recognition in Bollywood.
Sonu Sood 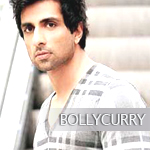 Sonu Sood started working in movies with the Tamil film Kallazhagar (1999). The first Hindi film he starred in was Shaheed-E-Azam (2002). He has managed to make a mark for himself in both the industries, along with the others. He was critically acclaimed for movies like Yuva (2004), Aashiq Banaya Aapne (2005) and Dabangg (2010).
Aishwarya Rai Bachchan 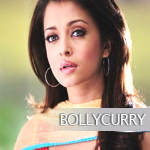 Former Miss World as well as an accomplished actress, Aishwarya Rai Bachchan's acting career kicked start with Mani Ratnam's Tamil film Iruvar in 1997. She debuted in Bollywood opposite Bobby Deol with Aur Pyaar Ho Gaya in the same year. Her journey since then has been an open book of various successes with minor glitches.
Asin Thottumkal 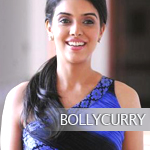 The famous South actress could've asked for no better debut project in Bollywood than the Aamir Khan starrer, Ghajini in 2008. Critics and audiences alike were all praises for her with respect to the flawless acting she managed to portray in her debut movie. She has gone on to star in various other successful ventures including Ready (2011), Housefull 2 (2012) and Khiladi 786 (2012).
Dhanush 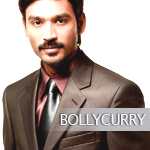 One of the most celebrated actors of the Tamil industry, Dhanush is a man who needs no introduction even in the Hindi film industry. The multitalented Dhanush made his debut in the Tamil film Thulluvadho Ilamai (2002) and has reached the pinnacle of success within a short span of time. He has featured in two Bollywood movies as of yet, Raanjhanaa (2013) and Shamitabh (2015), both of which have garnered him immense appreciation.
Tamannaah Bhatia 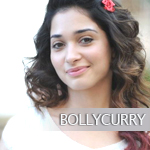 The gorgeous lass started her career with the Hindi film Chand Sa Roshan Chehra in the year 2005, but availing in success, she digressed towards movies in the South. Making a comeback to Bollywood in the year 2013 with Sajid Khan's remake, Himmatwala, Bhatia is now a popular name in the industry.
Ileana D'Cruz 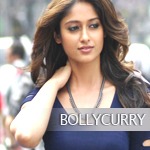 The phenomenal actress who has proven her mettle in Telugu movies and occasionally the Tamil movies as well, Ileana D'Cruz made her Bollywood debut with Barfi! (2012). The movie set a benchmark in the industry and D'Cruz was highly appreciated, bagging her further projects including Phata Poster Nikla Hero (2013), Main Tera Hero (2014) and Happy Ending (2014).
There are a many other names that have been an integral part of the mix and match between the two industries, a few notable amongst them being Deepika Padukone for Kochadaiiyaan (2014), Sonakshi Sinha for Linga (2014), Prakash Raj, Shruti Haasan, Sidharth, Hansika Motwani, Tapsee Pannu, Rakul Preet Singh and Kajal Aggarwal.
The crossover connection that these actors bring in the movies helps add spice and sugar to a monotonous routine. Please let your thoughts fill up the space below about who do you like the best in this intermingling of two industries.
Writer: Pooja B.
Editors: Mohini N. and Sonia R.
Graphics: Shikha A.