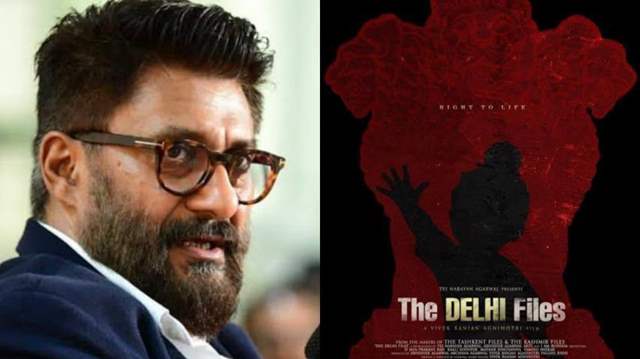 The Kashmir Files, directed by Vivek Agnihotri, was a huge movie office hit. It portrayed the horrible realities of the Kashmir Genocide and starred Anupam Kher and Mithun Chakraborty. Now, filmmaker Vivek is preparing to shoot The Delhi Files, his next project.

Today, April 15, the filmmaker unveiled his upcoming project, The Delhi Files, in a new Instagram post. He wrote,

“I thank all the people who owned #TheKashmirFiles. For last 4 yrs we worked very hard with utmost honesty & sincerity. I may have spammed your TL but it’s important to make people aware of the GENOCIDE & injustice done to Kashmiri Hindus. It’s time for me to work on a new film. #TheDelhiFiles (sic).”

The Kashmir Files tells the story of the atrocities endured by the Kashmiri Pandits in 1990, during the Kashmir insurgency.

Before "The Kashmir Files", the filmmaker directed "The Tashkent Files" based on the mysterious death of former Prime Minister Lal Bahadur Shastri in 1966.

A few moments later, Anupam Kher took to his twitter handle and wished luck to his friend Vivek Agnihotri. He wrote,

"Good luck dear @vivekagnihotri for  #TheDelhiFiles!! I am sure as a filmmaker you will do great justice to another chapter of our past dealt wrongly. Looking forward to be part of it. 🙏 #RightToLife"

According to the poster shared by Anupam Kher, one can see the national emblem and a Sikh boy, which hints at the 1984 Sikh riots. The riots broke out after the assassination of Indira Gandhi by her Sikh bodyguards - Satwant Singh and Beant Singh - on October 31, 1984. Groups of armed men targeted Sikhs across Delhi and attacked their houses and shops.

+ 6
3 months ago The lapdog has tasted blood. There's no looking back now.