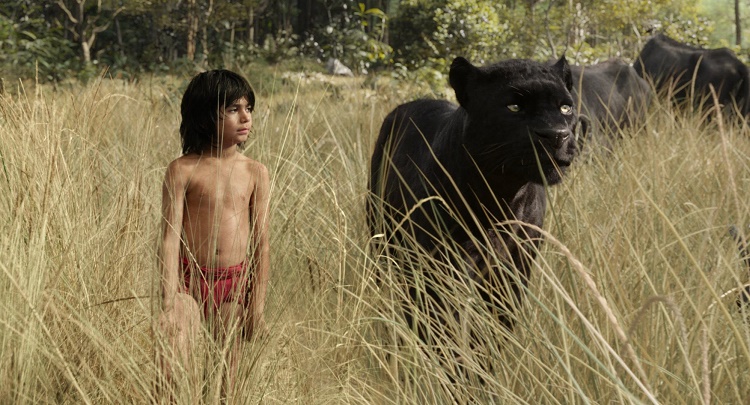 The 3D live-animation adventure fantasy film "The Jungle Book", which has been enthralling Indian audience for over one week now, has maintained it grip at the box office despite facing stiff competition from Bollywood superstar Shah Rukh Khan's latest release "Fan".

The Jon Favreau directorial has minted Rs.82.65 crore in eight days since its release and collected Rs.8.02 crore on Friday, the day when Shah Rukh starrer "Fan" released on over 3500 screens.

"The Jungle Book", which made its way onto the screens in India on April 8, a week ahead of its release in the US, brings a story straight from the enchanting forest of India and presents a modern take on Rudyard Kipling's timeless classic, originally published in 1894.

"'Fan' has received a good response in multiplexes. But what came as a surprise was 'The Jungle Book'. Being a family entertainer, the film will definitely cross Rs.100 crore in the coming days. Also the business for 'Fan' will improve over the weekend," Delhi-based film distributor Joginder Mahajan told IANS.

According to trade analyst Taran Adarsh, "The Jungle Book" will enter the Rs.100 crore club in the second week itself.

"Looking at the current trends, 'The Jungle Book' is expected to cross Rs.100 crore nett biz in its weekend two itself. India biz," he added.

+ 2
6 years ago Mougli is Mougli no one can beat The jungle book. It's our childhood best friend.. No one is there who hadn't watch mougli..

+ 2
6 years ago the people who are saying such things that mowgli is in our childhood n blah blah...if it has been a bollywood movie no one would watch it. but since it's hollywood with live CGI even adults will flock into the theatres otherwise who watches animation films in India...hypocrisy reloaded

6 years ago Jungle book is love &lt;3 it our childhood so fan can never replace it !

+ 7
6 years ago becoz mowgli is in our spirit...jungle book was a part of our everyday in childhood...and everyone on this earth wants back childhood