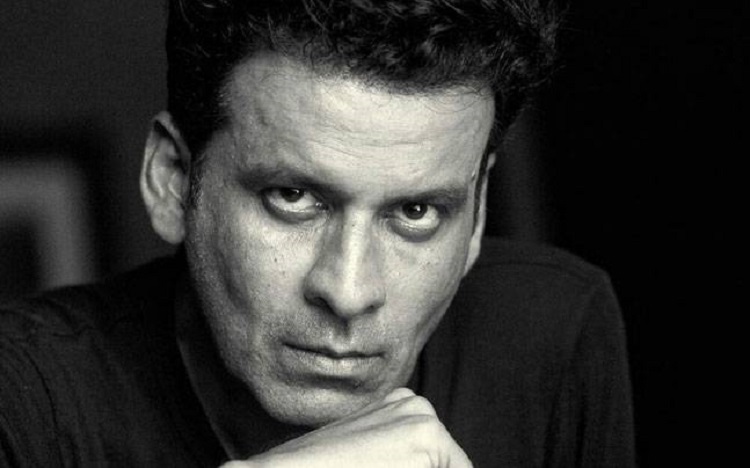 Actor Manoj Bajpayee says he has always explored performance-oriented characters throughout his career, but his job is getting tougher now.

Q. You are back in Chambal after how many years?

A. Yes. I am back in Chambal. The last time I shot here it was for Shekhar Kapur's "Bandit Queen". How many years ago was that? Maybe 22-23 years ago. Chambal has transformed completely. Firstly, the dacoits are gone. They've all been eliminated. That Chambal in our movies with galloping horses never existed. The little dusty and desolate villages we used to shoot in are now gone. In their place we've rapidly developing towns with sturdy roads, internet connection, satellite television. It's different world...Shining India.

Q. Your career is shining bright?

A. God has been kind. The audience has been kind, though demanding. They expect performances from me every time they come to see a film with me.

Q. Is that tough on you?

A. Very tough. Though I've pursued and explored performance-oriented characters throughout my career, the job is getting tougher now. We've a fresh crop of directors who watch cinema from all over the world on the internet and then expect themselves and their actors to match up to those international standards. The other day a director came to me with a Danish film for reference. I had never heard of it. I actually sat and watched the film to know what he wanted.

Q. Isn't this rather sad that our cinema looks increasingly westwards for approval? Aren't we losing touch with our own cultural heritage?

A. It isn't sad. It's the reality. If we want to keep up with the rest of the world we have to match global standards. And trust me, we are not losing our cultural identity. There are so many youngsters who come up to me and talk about my characters in "Gangs Of Wasseypur" and "Aligarh". These are films that are as Indian as they can get.

Q. Speaking of "Aligarh", it remains my most favourite performance of yours?

A. Loneliness was a new emotion for me. I've never experienced loneliness in my life. The professor in "Aligarh" was isolated by choice. Give him his Lata Mangeshkar songs and two pegs of rum and he was fine in his own company. I consider it the first in my trilogy of loneliness. I've done two more film that explore the dynamics of loneliness. One is "Bhosle" which I've just completed with director Devashish Makhija It's the story of a retired police constable. We had a tough time getting producers for the project. Finally we've somehow managed to get the funds to complete the film.

Q. And the third film on loneliness?

A. The third film in my loneliness trilogy is Deepesh Jain's "Gali Galaiyan" ("In The Shadows"). It is the most difficult character I've ever portrayed in my entire career. I play a man rapidly losing hold of reality. We shot the film in Old Delhi in complete isolation. I was locked away from all communication for weeks. I didn't even tell my immediate family where I was.

Q. Your wife Shabana didn't know where you were?

A. She knew I was shooting in Delhi, but that's about it. I was completely secluded. By the time we finished shooting I felt I was losing my mind. "Gali Galaiyan" is my most challenging role and film. The director Deepesh and I will now take it to festivals all across the world before releasing it in India.

Q. Do you still find it difficult to bridge that gap between mainstream and non-mainstream cinema?

A. Not any more. There are no separate rules for mainstream and non-mainstream acting. I am not asked to give a different style of performance in commercial cinema. In fact I am doing three major commercial films this year. One is Milap Zaveri's film where John Abraham and I will share some very intense scenes. I've asked Milap to write in some performance-oriented scenes for me since that's what audiences expect from me. I am also in "Baaghi 2".

A. Yes, the director Ahmed Khan is a very dear old friend of mine. When he asked me to do a role I happily agreed. It is a small role. The film focuses on Tiger Shroff. But whatever I've done in the film I am happy with. The team took good care of me.

Q. What is it like shooting with Abhishek Choubey for "Son Chiraiya"?

A. That's my third commercial film this year. I loved Abhishek's work in "Dedh Ishqiya" and was keen to work with him. Again, mine is not the central role. But it's a very interesting character. Actually this is a very opportune time for me. I am doing exactly the work I want.

Q. Are you happy with the progress you have made?

A. Very content. My target has always been challenging roles. And they continue to come to me. In my new release "Aiyaary", I play an army man for the first time. This was an entirely new world for me. My director Neeraj Pandey helped me to enter and understand that world. With Neeraj, I feel I share a bonding that goes beyond cinema.We come from similar cultural backgrounds. I like to sit with Neeraj and share conversations on life and movies. We've worked well together in the past.I feel we've done something special in "Aiyaary".

Q. Apparently "Aiyaary" got delayed at the censor board?

A I've been told not to talk about this. There were minor changes required as per the Defence Ministry's requirements. Those changes were made. Still we didn't have the censor certificate in our hands on time. So we postponed the release by a week.

Q. Do you feel the change of guard at the CBFC has made any difference?

A. It cannot! Until the guidelines change nothing will make a difference. My films have been chronic sufferers at the censor board. I've spoken enough on censorship.

A. I am producing a short film with my wife Shabana and Nawazuddin Siddiqui in the lead. It's being directed by Suparn Varma with whom I've worked earlier. I am also doing a web series called "A family Man" with the directorial duo Raj & DK. It's an entirely new unexplored world for me. I plan to devote four months this year to shooting it. Then I will take a break for a few months to spend time with my daughter and wife. I think I've earned my time away.