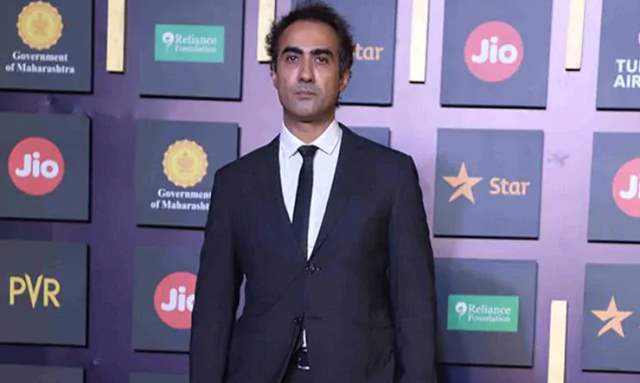 Ranvir Shorey spoke volumes about nepotism and insider vs outsider debate in Bollywood after the issue reignited in 2020. Having worked his way to the top, Shorey has seen it all and is one of the celebrities who never minces his words.

During a recent interview with Rediff Shorey spoke about having undergone professional and social isolation.

“Like I said, it's nature's balance. If it endows you with something, it also puts some baggage on your back,” said Ranvir Shorey as he continued, “If God gave me some talent, he also gave me challenges.”

The Bheja Fry actor further shared, “Luckily, I have a great family which is very supportive and unconditionally loves me. I have a good set of friends. You have to learn to be strong even if you are alone.”

Despite being an actor of high caliber and receiving accolades from fans and critics on several occasions, the 48-year-old actor even revealed if still considers himself as an outcast.

I am an outcast as far as mainstream Bollywood is concerned. I have thoroughly been embraced by independent film-makers, like for example, Rajat Kapoor. So I might be an outcast for a powerful group of people but that doesn't mean that I have no friends.

Ranvir has offered contribution to the Indian cinema with his films like Titli, Traffic Signal, A Death in the Gunj, Kadvi Hawa, Gali Guleiyan and many more films. He also went on to star in a few mainstream Bollywood films like Ek Tha Tiger.

Ranvir, seemingly, never got his due.

“It's not like they want to completely block you out. The idea is to sideline you, box you up in a smaller box, so you don't go out of that. The bigger boxes are for their own people,” said Ranvir in his interview with Rediff.

In a career span of 18 years, Ranvir has worked for hits like Aaja Nachle, Singh is Kinng, Fashion, Ek Tha Tiger, Heroine, and more. He was last seen in Kunal Kemmu’s Lootcase and currently he is shooting ‘Mumbaikar’ with Vijay Sethupathi and Vikrant Massey and it is being directed by Santosh Sivan.

+ 3
3 months ago And that is why he has been cast in YRF films? Be it Aaja Nachle or Ek Tha Tiger or in Honeymoon Travels Pvt. Ltd. which comes under Excel Entertainment?