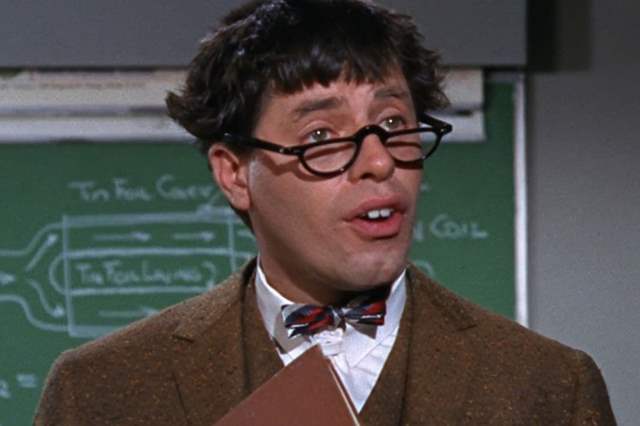 Project X Entertainment's team, James Vanderbilt, William Sherak and Paul Neinstein managed to breathe some real mileage into the Scream franchise and they are now planning to do the same with a classic comedy. Sources tell Deadline, Project X has landed the rights to The Nutty Professor, the classic Jerry Lewis comedy that Eddie Murphy rebooted in the 90s.

No studio is attached as Project X will package themselves before taking it out on the market. Even with Vanderbilt’s long track-record of penning scripts to classics like The Rundown, Zodiac and The Amazing Spider-Man, as of right now he is just producing and there is no decision on a writer or other talent.

The original Nutty Professor is considered one of the classic comedies from the late Lewis and follows a nerdy professor who in order to improve is love life, drinks a potion that temporarily turns him into the handsome, but obnoxious, Buddy Love. The film was rebooted in 1996 by Universal and had Murphy not only play the professor and his alter ego Love, but also famously playing the professor’s five other family members. That film was a massive hit and spawned the sequel, The Nutty Professor II: The Klumps, that came out in 2000.

The project marks the second major property in 2020 that Project X is looking to relaunch with their Scream pic recently landing at Paramount for distribution.