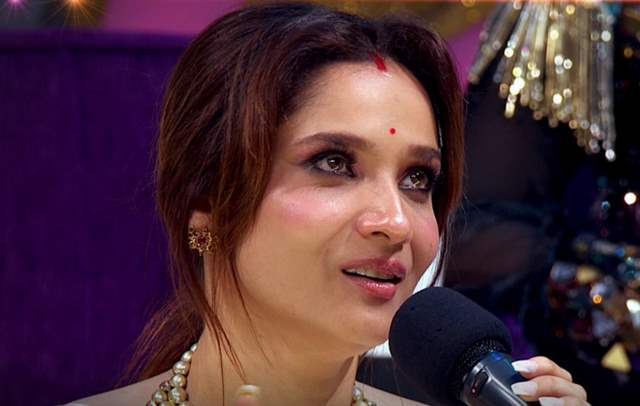 After receiving an overwhelming response to the previous two seasons that introduced audiences to some truly exceptional moms whose dancing skills can give even the younger dancers a run for their money, Zee TV recently launched the 3rd edition of its popular non-fiction show – DID Super Moms. Airing Saturdays and Sundays, the new season has an exciting panel of judges – Remo D’Souza, Bhagyashree Dassani and Urmila Matondkar to mentor and guide the talented moms through their journey and help them achieve their dancing dreams.

While the top 8 contestants have mesmerized one and all with their fantastic performances, this weekend as well, viewers will have a gala time as popular television actress Ankita Lokhande and Usha Nadkarni will be seen gracing the show as special guests for the show ‘Pavitra Rishta Special Episode’. All the Super Moms put their best foot forward during the shoot, it was Sadhna and choreographer Bhaarat’s delightful performance to the song ‘Yaadein Yaad Aati Hai’ that caught everyone’s attention. In fact, their graceful performance was a tribute to the late actor Sushant Singh Rajput. Not just that, the musical act honoured the struggle and successful journey of Sushant’s life, which left everyone on set in tears.

Ankita Lokhande mentioned “It was a very emotional act. The day, Sushant left us, I believe we have all remembered him more. I am very proud of the work he has done. In my opinion, he has put in a lot more effort than anyone else I've seen in my entire life. In the beginning, I had no idea what acting was all about. It would not have been possible for me to be what I am today without Sushant, he was my guru. I wish him happiness wherever he is, God bless him."

While this act will surely tug at your heartstrings, wait till you witness the mesmerizing dance performances by all the DID Super Mom contestants this weekend!