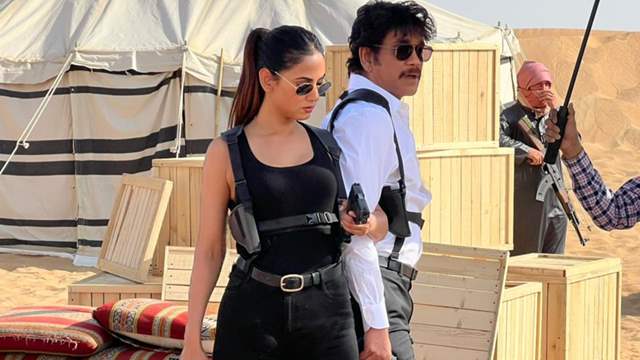 Sonal Chauhan has been in the news for some time, courtesy of her gorgeous looks and upcoming film, The Ghost opposite the superstar Akkineni Nagarjuna. The film has been at the centre of focus because of its female leads where Sonal Chauhan replaced Jacqueline Fernandes who was also in contention initially.

This is the first time that the stunner has collaborated with Nagarjuna and the film is said to be a high-octane action entertainer directed by none other than, Praveen Sattaru.

This is also the first time Sonal will be seen doing action and that has got her fans super excited. Word is that ‘The Ghost’ has a different and unique plot and is being made on an extremely grand scale. Recently both Nagarjuna and Sonal had jetted off to Dubai for the shoot of their action film and what one can expect is surely intense stunt sequences given how to fit the duo are. 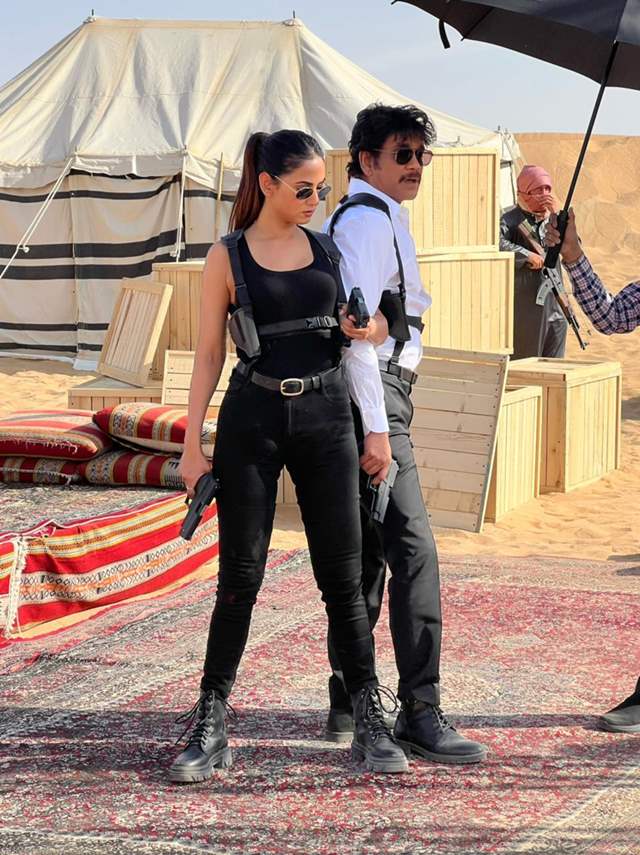 Ever since they began the Dubai schedule, there have been pictures doing the rounds on social media, the latest of which has surely piqued our interest. The most recently leaked picture reveals Nagarjuna and Sonal’s intense Interpol officer-look that they don in the film and fans have been circulating the picture of their favourite actors on social media.

Not with just their chemistry which is clearly winning the hearts of netizens, but also their looks from the shoot are getting everybody super excited for the duo. Nagarjuna’s tough officer look is making the girls go weak in the knees whereas Chauhan looks fierce and intense in the picture. After wrapping the lengthy Dubai schedule, the team has returned to India. We are really excited to see this fresh pair's blazing chemistry on the big screen.

+ 8
10 months ago i thought that i just read an article on here where she wasnt signing anything or getting offers..