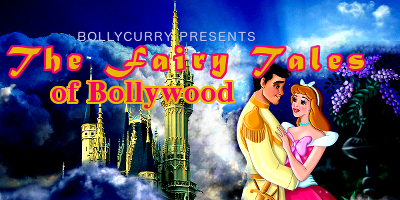 Most of the children from all over the world have grown up listening to fairy tales like Cinderella, Rapunzel, Sleeping Beauty and many more. But for us Indian kids, our story teller was Bollywood. Growing up, we enjoyed watching heroes fight with the villains, dance with the heroine and in the end have a happily ever after. Girls would rather be Madhuri Dixit of Hum Aapke Hain Koun than Belle of Beauty and the Beast and fall in love with Raj of Dilwale Dulhania Le Jayenge than Prince Charming of Sleeping Beauty. And boys? They just wanted to be Sunny Deol with dhai kilo ka haath! Such is the influence of Bollywood upon us that even today we would happily choose to watch a romantic movie of either Salman Khan or SRK over reading a romantic novel or watching a Disney fairy tale movie. This week, BollyCurry brings to you five such movies which left an impact on us and is what we would call Fairytales of Bollywood. 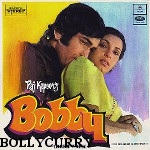 He was a rich boy, Raj Nath (Rishi Kapoor) and she was poor girl, Bobby (Dimple Kapadia), and when they fell in love, their parents and the whole world opposed against them. This concept in today's world is quite overused in Bollywood but in the 70s it was well loved by the cinema goers. The sole reason for their appreciation was the fact that unlike many Bollywood love stories where the lovers in such family situation get separated and die, here was a story where they actually have their happily ever after. People still love the story for its happily ever after and consider it as one of the best fairytales ever.
Amar Akbar Anthony (1978) 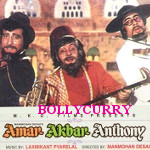 This was the movie which had everything that was needed in a Bollywood entertainer. Not only was there romance in abundance with three heroes and three heroines but it also had action, drama and comedy. The love and the bond between the brothers Amar (Vinod Khanna), Akbar (Rishi Kapoor) and Anthony (Amitabh Bachchan), who did not even know they were brothers till the end was the highlight of the story and still continues to woo the audience into watching the movie again. Anybody who had watched this movie once would tell you that Amar Akbar Anthony is one beautiful fairy tale like story with heartwarming ending.
Hum Aapke Hain Koun (1994) 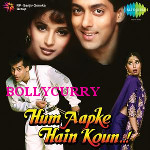 None of our readers would refute the fact that Hum Aapke Hain Koun is a fairytale story. From the moment it starts, the story tugs the strings of your heart. It makes you smile when the family is happy and makes you cry when the family cries. By the time the movie ends we are bonded to Prem (Salman Khan) and Nisha (Madhuri Dixit Nene) and don't want to leave theatres or them. This is one fairy tale that perfectly depicts what happily ever after actually means.
Dilwale Dulhania Le Jayenge (1995) 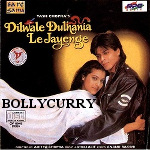 Dilwale Dulhania Le Jayenge is another heartwarming movie that has touched our hearts and refused to leave our minds. The imminent proof of this is the fact that movie completed 1000 weeks in December 2014. From the start to end, it had audience riveted to their seats. Whether it was Raj's (Shah Rukh Khan) mischiefs, the innocence of Simran (Kajol) or Babuji's (Amrish Puri) strict nature, every character of the movie endeared them to us and made us eager to watch the movie again. And last but not the least, let us not forget the end where Babuji said, "Jaa Simran Jaa! Jee Le Apni Zindagi!", giving Simran and Raj the happily ever after that every girl in India craves for. This one movie is definitely the number one on the list of fairytales of Bollywood.
Yeh Jawaani Hai Deewani (2013) 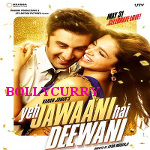 Recently Bollywood gave us many movies but most of them were grounded in reality and took us away from fairytales. And around such time came Yeh Jawaani Hai Deewani. With realistic, modern characters, a very sweet and loving plot, this love story of Bunny (Ranbir Kapoor) and Naina (Deepika Padukone) has managed to capture our hearts and take us to a fairy tale world without removing us from real world. From the start Bunny wins your heart with his charm while Naina's sweet personality makes you smile widely. And by the time the end nears you are cheering for the couple and wish vehemently that they get together. It is one love story that remains in your mind even after it ends and is truly a fairytale in our world of Bollywood.
Bollywood has always won our hearts with its enchanting story and loveable characters. And Bollywood Movies will always be fairytales for us. They take us to a different world and give us hope that there will always be happily ever afters. The above five are just a drop in the ocean of many such movies. We, at BollyCurry, are sure that many of our readers will have your own list of what you believe are the fairytales of Bollywood. If you have such lists, do comment and share with us as we look forward to hear from you.
Writer: Kalpana K.C.
Editor(s): Peehu A. & Hershi J.
Graphics: Komal P.
Have a suggestion or comment for BollyCurry? Drop us a PM at BC_Dropbox Today!