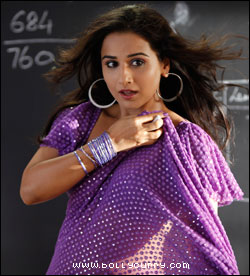 The show that has seen spectacular TRPs since its launch three months back, has never, till date, lent itself to any film integration. 'Bade Acche...' recently emerged as the No.1 show across GECs in the 10.30pm time slot.

Balaji will integrate its keenly awaited 'The Dirty Picture' on 'Bade Acche...' by premiering the film's  first trailer on the serial's Eid episode, telecast on Wednesday 31st August at 10.30pm IST on Sony TV. This will be the only property amongst all the GECs, to carry the trailer.