View Profile
It was "The Dirty Picture" all the way at the 18th Colors Screen Awards 2012 - the super hit movie Saturday won the best film award, while Milan Luthria won the best 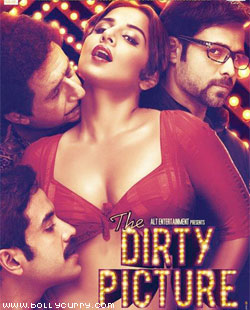 director and Vidya Balan best actress trophy for her bold performance in the picture about the rise and fall of a sex symbol.

Ranbir Kapoor won the best actor award for his role in "Rockstar", while singing legend Asha Bhosle was honoured with the lifetime achievement award at a gala event here.

In the music category, A.R. Rahman won the best music director for his rocking music in "Rockstar", while Mohit Chauhan won the best male singer trophy for the song "Phir se ud chala" in the musical romantic saga.

Best female playback singer award was given to Shreya Goshal for singing the chartbuster "Ooh la la" in "The Dirty Picture".