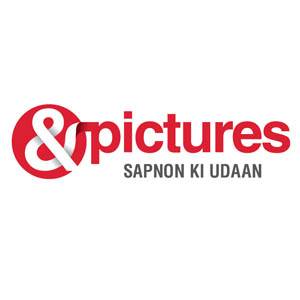 In its endeavor to give its audiences the best movie-viewing experience, &pictures will premiere a movie that has etched a mark in the Indian Film Industry - Manjunath. Since Manjunath was killed fighting to end corruption in Lakhmipur, the story of his sacrifice is a topic of high sensitivity in the state.

When Sandeep Verma, the director of the movie, and his team were seeking permissions to shoot in Uttar Pradesh, they had to use a pseudo name for the movie and say they were shooting for a romantic movie. This enabled them to not only smoothly shoot the movie but also shoot at the real locations where Manjunath experienced many incidents in his life.

One day, when the cast and crew were done shooting at a petrol pump, Sanjeev was walking around a petrol pump and noticed something suspicious. The owner of the petrol pump also noticed Sanjeev loitering and immediately sent his men to catch him but luckily, the director managed to jump into his car and escaped. The cast and crew also had to call the police for their protection who did their duty dressed in civil clothing so no one would take notice of their presence.

A story about a young marketing manager at Indian Oil Corporation and a bright-witted graduate from IIM Lucknow - Manjunath, who sacrificed his life fighting to end corruption and fuel adulteration, will air on November 19th at 8 PM on &pictures!

Disha Patani opens up about the challenges she faced as her character ...

+ 3
9 years ago i agree :D i admire her dressing sense , her hair style everything

+ 2
9 years ago I agree..Deepika is indeed a very stylish lady..I admire her dressing sense to the core :) :)