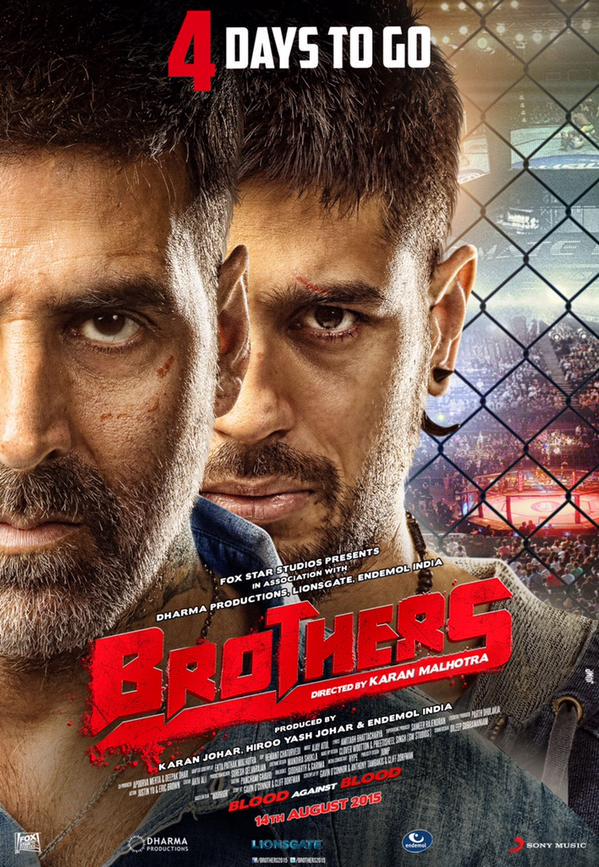 One of the most anticipated movie, Brothers has started its countdown for them to release it trailer. The movie has already created a buzz when the first poster of the film was out.

Under the banner of Dharma Productions, Brothers stars Akshay Kumar and Sidharth Malhotra in the leads. The movie is directed by Karan Malhotra.

With only four days to its release, Dharma Productions seems to be quite excited about this new venture as they took to twiiter instantly and tweeted a new poster of the film and wrote, "And the visual countdown begins. RT if you can't wait! @Brothers2015 #BrothersTrailerin4Days". Karan Malhotra and Karan Johar too tweeted about the same.

Well the curiosity of the audience has only increased now. Just four days to go!

+ 4
5 years ago Akshay Kumar...can't wait to see you in action again...love all your movies...you truly are the best Versatile actor in Bollywood..Love you...

5 years ago Akshay Kumar you're just awesome.. Hope brothers will rock the screen..

+ 4
5 years ago eagerly waiting for the trailer.. love you Akshay...