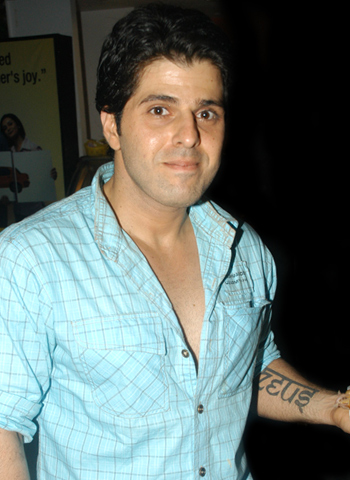 Sharing his journey of 100 episodes he says, "It has been an amazing journey. My association with the production house is for a longer time and so I feel very homely on sets. I can very much relate to the character as I don't feel that I am working muje aisa lagta hai mai ek ghar se dusre ghar aa gaya."

How does it feel to work with Tanaaz Currim Irani? He says, "Its great fun working together because we behave in a similar manner as if we are at home. The difference is only that we have to read the dialogues here."

How is the response of the audience? He says, "I think the review from the audience is fantastic, everybody is talking about it. When we had been to Rajkot and other sectors in Delhi for the promotions we got a very good response. We were literally mocked by the people all over and it was just four months down the line. I think we will really rock when we go six months down the line, the show has picked up very well because it has got something which is existing. The characters are well sketched in the show so they are all identical."

"I want to say that when sometime when an out of the box comedy is made then try appreciating it rather then giving your own logic sitting at home. Also I wish them that they stay happy and enjoy the life," he concludes.

6 years ago Awesome show! Every character is so nice and sweet. Best wishes to the actors and the Show.