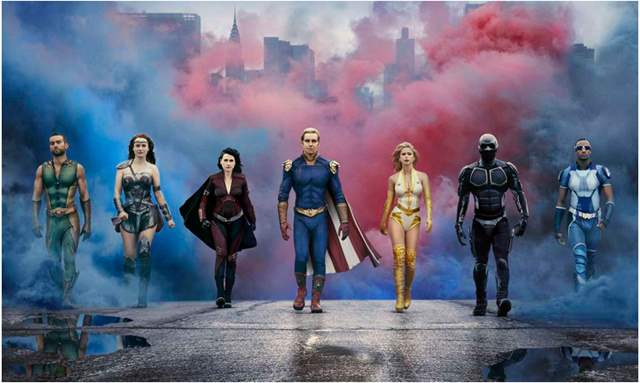 Amazon Prime Video’s hit superhero satire, The Boys is over halfway through its smashing second season. Love it or hate it, with the weekly release, we as fans cannot keep calm as every episode knocks the boot off from its predecessor. As much as we love our foul mouth vigilantes, it’s the narcissistic, mommy obsessed, sociopathic Homelander that has our minds blown weirdly. With Stormfront outrightly challenging his superiority, things have surely gotten all the more diabolical and messed up for our Home-Boy.

Speaking about Homelander traversing with a whole lot of complex emotions this season as opposed to the previous one, actor Anthony Starr said, “I think we got such a positive response from the fans for Season 1 who simply loved the honest take on superheroes and we see that continue in Season 2. Of course, the first season of any show is a feed-funding process, it’s a real process of discovery, trying to find out what the show is and what the tone is. In Season 2, we really played on our strengths, so all those old favorite hits of season 1 are back. But this time around, there is an extension on that and we expand the world of the show while taking all the characters in new territories and going deeper with individual characters. So, I think more of the same and a whole lot of new stuff and fans are going to love it”

5 episodes of The Boys season 2 are out and you can catch the fun behind the scene discussions on Prime Video: Rewind with Aisha Tyler after every episode. Watch the latest episode and stay tuned to new episodes every Friday till October 9 only on Amazon Prime Video

Mirzapur fans from UP get a chance to vote on who they think should ...