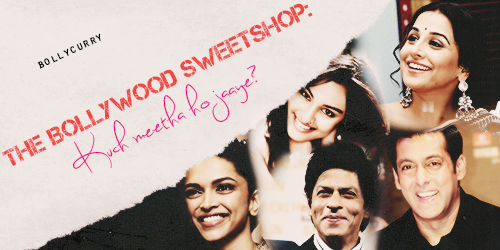 Indians love the festival of Diwali. They also love sweets. And they absolutely, irrationally love Bollywood! So, we at BollyCurry, threw all three loves in one pot and tried to decipher some kind of common thread between them. Since it is the festive season, we ended up drooling over our favorite Bollywood stars and hoarding boxes of mithai they seemed to remind us of! Sure, it sounds absurd, but Bollywood stars do in fact resemble some of our favorite sweets!


Don't believe us? So here goes a list of our favorite celebrities and their meethe lookalikes!

Salman Khan
As sweet as jalebi 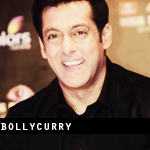 Jalebi is quite the quintessential Indian sweet. Traditional, extremely delicious and easily available at every nook and corner, Indians love their jalebis. It is quite similar to their love for flocking to the theatres to catch Salman Khan beat a goon or two! The delicacy is particularly popular in the subcontinent during Eid. The festival also usually witnesses the release of Khan's blockbusters. His movies are sometimes as loopy as the loops in a jalebi, but also always bursting with flavor, energy and sugary bliss! As a person, the Bollywood superstar really is as sweet as the sweet; he has launched many new faces in the industry and is always ready to help out the needy. One can never have enough of Khan, like one serving of jalebis can never truly be enough! 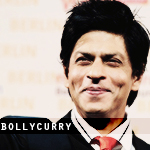 He might be the King of Bollywood, but he has acted with many actors throughout his career, and all of his co-stars feel he is an absolute gem of a person to work with. He isn't a product of a star-studded lineage, struggling his way through the industry, with his acting talent being the only thing that drove him. If you want to come up with an adjective to describe him, surely there cannot be one particular word, but a mithai comes to this writer's mind! It is the milk cake. Like the humble and simple person that SRK is, the milk cake is a simple sweet made only from milk and sugar and with a lot of patient effort. It is uncomplicated, but absolutely delightful to taste. The milk cake is a delicacy you can enjoy all year round, just like SRK's movies that can be seen multiple times without any boredom! 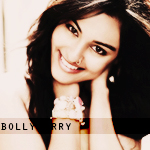 No surprises here. Ever since the Lady Dabangg stole hearts with her Bollywood debut, she has become synonymous with sweetness, and everything mishti! Sinha, B-Town's own girl-next-door, exudes a homely charm that is reminiscent of the earthiness that is the trademark of the quintessential Bengali sweet. Mishti doi can be found in earthen pots in sweet shops throughout West Bengal. For most that enjoy the delicacy, there can be no better dessert and it is often enjoyed in the company of friends and family and the comfort of one's own home. Sinha usually portrays characters with simplicity and warmth. To deepen the connection, she pulled off the Bengali woman elegantly in Lootera (2013). Quite the Bong connection, eh?!

Gajar ka halwa is a stunning dish! It looks beautiful and royal and tastes heavenly! The long and gorgeous looking carrots that go into the making of this superb dish remind us of the beautiful Padukone, who has been taking Bollywood quite by storm as of late. She embraces her personality and rocks her roles. She also believes in honest, hard work and never lets all the fame get to her, as is evident from her off-screen persona. It lends her an earthiness that we believe resembles the balance of flavor and beauty that is remarkable in gajar ka halwa. It is also prepared and eaten on auspicious occasions, much like how Padukone has become pretty much the lucky charm in her movies. 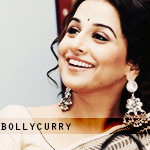 Here's the thing about kheer kadam: not only is it a popular delicacy in West Bengal (the state that saw the shooting of her critically acclaimed Kahaani (2012)), it is actually a rasgulla or a gulab jamun wrapped in a layer of khoya and that makes for quite a visually and tastefully explosive sweet. The beauty of kheer kadam is in what lies inside, which is quite like the beautiful Balan. She is gorgeous, but it is her finesse in acting, her bold voice, her ability to express through her eyes, and sheer strength and steel inside that shines through every time she appears on screen. Balan exudes confidence and she always seems comfortable in her own skin. Also, she is incredibly witty and charming, and exudes a charm similar to that of the kheer kadam.
So there! Our Bollywood favorites are quite sweet, don't you think? We are pretty sure we are missing out on some names, but all this talk of mithai and sugary goodness has made this writer very excited, so excuse me while I go and gobble some kaju katlis. Do let us know in the comments section about your favorite celebs and the sweets you think they remind you of. And of course, join in the festivities that must be going on all around you. Gorge on some sweets, catch up on old Bollywood favorites and have a happy and safe Diwali!

Writer: Tanisha N.
Editors: Shreya S. & Gunia K.
Graphics: Virina R.
Do you have a suggestion or comment for BollyCurry? Drop us a PM at BC_Dropbox today!