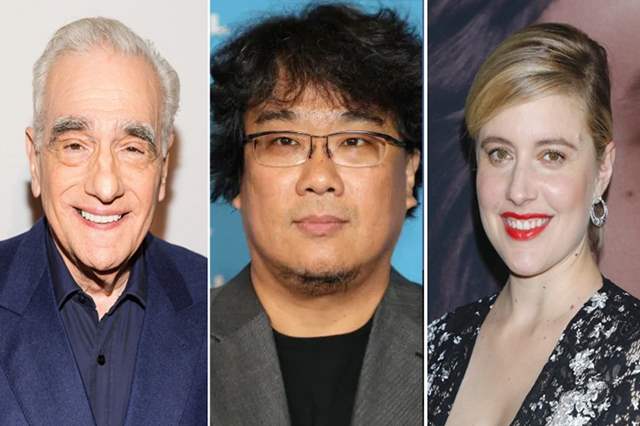 Directors are usually as good as the actors portray their vision on-screen, isn't it? However, it isn't always how turns out to be. But for a director to absolutely love the actor's craft and the character is as important as anything can be. In a recent conversation with The Hollywood Reporter, Greta Gerwig, Martin Scorcese, and Bong Joon-Ho revealed their on-screen muses.

Ladybird director, Gerwig said Timothee Chalamet — who portrays the devoted boy-next-door Laurie in Little Women, a reversal of his evasive love interest in Lady Bird — referred to the helmer at the panel as "Wayne Gretzky," his affectionate nickname for Gerwig. The actor shared that the director had him and Ronan swap clothes during filming as a kind of acting exercise, and joked that his requests to incorporate eccentric elements into the wardrobe were declined. At a Teen Vogue Summit, Gerwig said that she views the two characters as each other's androgynous twin. "Laurie is a boy with a girl's name and Jo is a girl with a boy's name," she explained. "He was always the person to play this part for me because he's beautiful. He's handsome, but he's also beautiful. And Saoirse is beautiful, but she's also handsome — that kind of doubling."

Parasite director, Joon-Ho said, actor Song Kang-Ho has always been his long-time collaborator, "He always gives me a sense of relief, even when I'm still writing, because I know that with his energy and his delicacy, even the film's boldest parts will be convincing," the South Korean filmmaker told THR after Parasite won the Palme d'Or at Cannes.

For Song's part, the admiration is mutual. "When director Bong tells me he has a part for me, I tend to agree to it before I even look at the script," he told THR. Bong noted that while the acting format is an ensemble effort in Parasite, "It's Song Kang-ho who's bearing the core sentiment of the film as well as its riskiest moments, the most daring parts."

The Irishman direcetScorcese managed to have his favorite all-time collaborators come together and especially Joe Pesci, who has retired, and about that he said, "Bob and I have wanted to work together since we did Casino," said the director, who will receive the AFI Tribute this year. "We would check each other, what we were doing, what projects [we could do] together, and we never quite connected."

Marriage Story director Noah Baumbach talked about Adam Driver being finalised even before writing a word of the script, "The way we've described it in the past is almost like we're in a continual conversation that runs through movies and then runs through our lives and back into movies," says Baumbach of working with Driver.

For his part, the actor agrees that they have a very connected working relationship. "Noah and I share a belief system about how amazing an opportunity it is to make a movie, and we work very similarly. So there's a shorthand," says Driver. "Plus, I have a theater background and Noah does too, a little bit. And his sets feel very much like theater in that the dialogue is very specific."

Disha Salian's Dance Video With Rashami, Gurmeet & Others 2 ...
2 minutes ago

Meet the On-screen Mother of Sana Sayyad in Star Plus' ...
44 minutes ago

Rhea's Lawyer Dismisses Her Being 'Missing' Allegations; ...
52 minutes ago