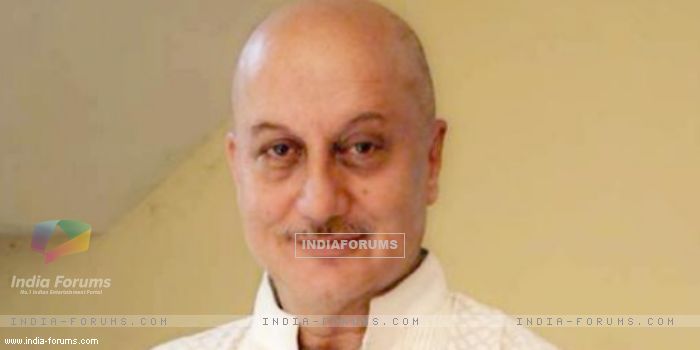 Anupam Kher says he saw Hollywood's "The Big Sick" as an opportunity to broaden his horizon as an actor after having worked with the likes of Woody Allen and Robert De Niro.

Directed by Michael Showalter, "The Big Sick" is about the real life story of comedian Kumail Nanjiani, who not just features in the lead role but has also penned the film's screenplay with wife Emily Gordon.

"I loved the idea. Though I had never seen his work, I immediately warmed up to Kumail Nanjiani. And when I got to know I'd get to work with American legends like Holly Hunter and Ray Romano, I felt it was one more opportunity to broaden my horizon as an actor, having worked earlier with the likes of Woody Allen, Ang Lee and Robert de Niro," Anupam said.

Anupam is quite delighted by the attention.

"The Big Sick" is a very important film. It talks about racism, xenophobia, cultural isolation and the way Muslims are regarded with suspicion and distrust. And it deals with such serious issues with warmth and laughter. I love it."

Anupam got the role of Nanjiani's father because Nanjiani's real father was keen on the actor.

"Kumail asked his father whom he would like to play him. Apparently, Kumail's father said my name without a second thought. But Kumail didn't know how to get in touch with me and there was no time. The shooting was about to begin. Luckily, they got in touch with me through a relative of mine."

On hearing how keen they were to get him for the role, Anupam personally rang up Nanjiani.

"I rang up Kumail and said I was Anupam Kher. He said, 'Okay' and hung up. He thought it was a crank call. I called him again and this time told him it was actually me and offered my services. Within no time it was firmed in."

The big moment for Kumail's father was when he visited the shooting to meet Anupam.

"It was just two days before we wrapped up. Since Kumail's father was so keen that I play him, it was important that we meet. It was a very emotional moment."

Interestingly, Kumail made only one request.

"Kumail wanted me to grow a French Beard since his father has one. I gladly complied."

Once on board Kher flew to the US, only to be stranded without permission to join the shooting.

"There was an issue with my work permit. For six out of those 27 shooting days of the film, I was stuck in New York without work. We almost thought I wouldn't be able to do it. But then the permit happened."

Karan Johar’s Takht put on Hold; Plans for another film ...
12 minutes ago

Kartik and Naira to Separate AGAIN in Yeh Rishta Kya Khelata ...
20 minutes ago

Namish Taneja all set to feature in 'Aye Mere Humsafar' as ...
35 minutes ago

Kareena has the Sweetest wish for Sara Ali Khan on her ...
46 minutes ago