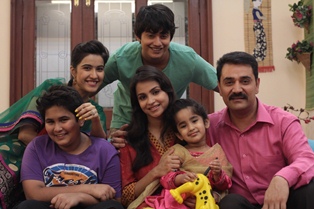 A distinctive day in the Singh household starts off with an excited Dolly jumping at the opportunity for writing for a Teenage blog as part of her college project.  However, things soon begin to go haywire as she reveals to Himani (Gurdeep Kohli) that she is short of time to complete her story.

As Himani goes through Dolly's unfinished work, she comes to the startling realisation that she used to write for the teenage blog when it was a magazine back in her college days.

Things take an interesting turn when Himani decides to write her own story for the blog and submit it on Dolly's behalf, without Dolly's knowledge of it. Incidentally, the local television channel takes notice of her blog and decides to do a feature on it. But as always, there's a catch. Himani now has to pretend to be Dolly Singh and Dolly has to play Himani or they will end up losing the golden opportunity. Meanwhile Rohan has some news of his own to share with Avtaar and Himaani which might not generate a very positive response from them.

To add to the ongoing chaos, Avtaar accidently sets loose a rare species of termites all over the house, putting the very foundation of their house in danger. Will Dolly be able to clean up the mess? Can Himani and Avtaar rescue their house? Does Rohan finally muster the courage to break the news to Avtaar and Himani?