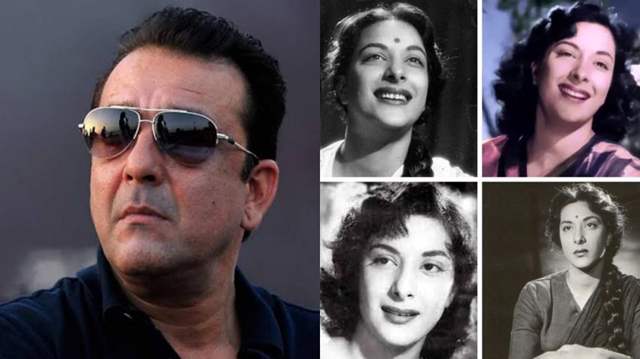 Nargis is regarded as one of the best actresses in Indian film. The actress died in 1981, and her death came as a shock to her family as well as her admirers. Today is the 41st anniversary of the actress's demise, and her son Sanjay Dutt still misses her in his life.

Today on her death anniversary, the Lage Raho Munna Bhai actor took a trip down memory lane and published a gorgeous collage of his mother on his social media account, along with a sweet remark. The KGF: Chapter 2 actor turned to Instagram to share a few lovely flashback photos of her.

The Munna Bhai M.B.B.S actor wrote with a montage of her stunning photos.

"Not a single moment goes by when I don’t remember you. Ma, you were the basis of my life and the strength of my soul. I wish my wife and kids would have met you for you to give them all your love and blessings. I miss you today and every day!"

Nargis passed away on May 3, 1981, at the age of 51, following a lengthy fight with cancer. She died only three days before Dutt's debut film, 'Rocky,' was released.

Dutt will next be seen in the film 'Prithviraj,' which also stars Akshay Kumar and Manushi Chhillar. Aside from that, he'll be seen in the Ranbir Kapoor and Vaani Kapoor film 'Shamshera.'

Meanwhile, Sanjay Dutt is now enjoying the success of his most recent film, 'KGF: Chapter 2,' in which he portrayed Adheera. The film had Yash in the major role, as well as Prakash Raj and Raveena Tandon in supporting parts. 'Today and every day, you!'