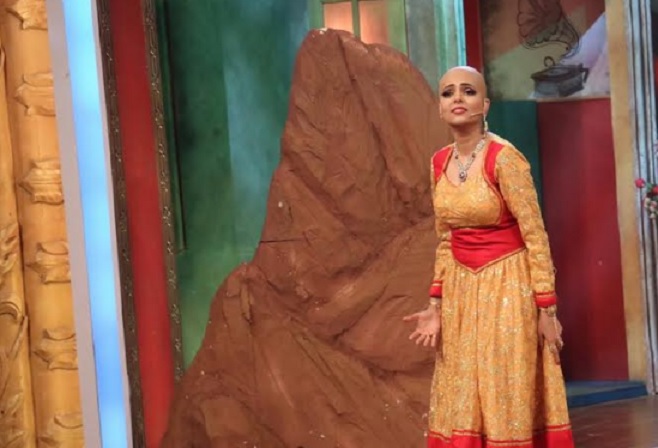 Actresses are pushing the boundaries and sporting the boldest trends on TV. And this time around, actor/comedian Sugandha Mishra, who is known for her comic timing and her talent for singing and mimicking famous actors did something extra ordinary on the sets of The Drama Company.
Sugandha will don a bald look for the opening episode of the show, which goes on-air today. The actress will be at her comic best where she plays Anarkali, but in a bald look. History will be revived on the first episode of The Drama Company and surely Sugandha's performance will be something to watch out for.
What do you think? Leave in your comments below..
0 Likes