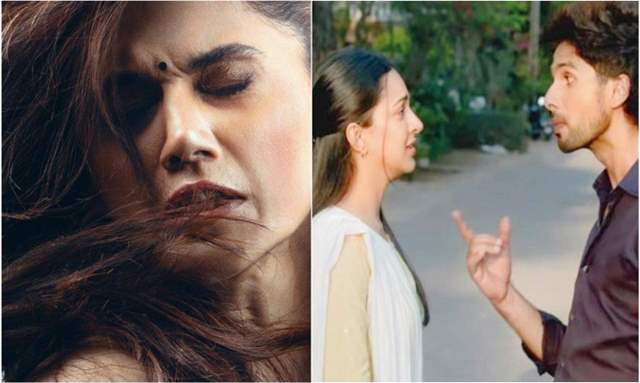 The trailer of Anubhav Sinha’s Thappad starring Taapsee Pannu in the lead role dropped a few days ago and has been receiving a lot of appreciation from the audience. After Pink, the actress is ready to fight against domestic violence with this soul-stirring film.

However, ever since the trailer of Thappad was released, people have been quick to draw comparisons with Shahid Kapoor starrer Kabir Singh, and also called Taapsee’s film a ‘tight slap’ against the Sandeep Reddy Vanga drama.

Kabir Singh was mired in a bunch of controversies and was also slammed for glorifying toxic masculinity in the film. Interestingly, Bhushan Kumar, who bankrolled the same film is now producing the Anubhav Sinha film under his banner T Series.

When Bhushan Kumar was questioned about his decision to helming two contrasting films, that are now pitted against each other as a countermeasure, he clarified that he is not making Thappad to ‘cover-up’ for Kabir Singh.

As a producer, we don't take a conscious decision of making a film to cover something which critics and some people have objected to. We made Kabir Singh and it did over Rs 275 crore+ business which means maximum number of people have loved it. Kabir Singh was just a character and we have made a film out of it. It is purely for entertainment. There is a disclaimer at the beginning of the movie that all the characters in the movie are fictional. There will always going to be some people who will like a movie, and some people who won't. It's as simple as that.

The T Series head honcho also went on to explain that just like Kabir Singh, Thappad too will give rise to differing perspectives, and there might be a certain section of people that will object to the film.

For instance, all women are loving the trailer of Thappad but there are some men who are objecting to it, saying, 'With these kinds of movies, people will fight more and leave each other over a slap.' So, everybody has their own perspective to things and I respect that. We make films for the larger audience and entertainment. It's not because I got criticism in Kabir Singh so I've made Thappad. Both have no connection.

Recently, Thappad’s leading lady Taapsee had also reacted to the Kabir Singh row, and asserted that she would never do a film like that if she was offered such a dark character, as she believes that the audience gets highly influenced by cinema.

Sona Mohapatra Takes a Dig at Badshah For Buying Fake Views ...
45 minutes ago

Suspicious activity reported with Sushant and Rhea’s company ...
59 minutes ago

Deepika Singh opens up on being Body Shamed post son's ...
an hour ago