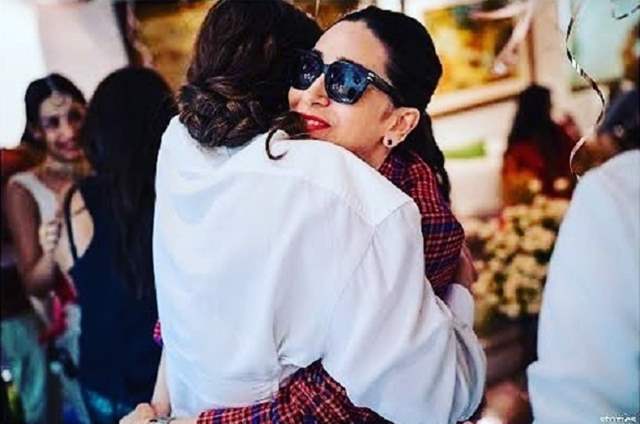 Karisma Kapoor turned a year older today and one of her bestie and actress Sonam Kapoor Ahuja penned down a heartfelt message along with wishing her in the most adorable way.

Taking to her social media account, Sonam shared two pictures with Lolo, the first pic is a candid photo where the two ladies can be seen hugging each other in a tight embrace and the other one happens to be taken at Sonam and Anand Ahuja's wedding where Karisma can be seen posing with the newlyweds after their Anand Karaj (Sikh Wedding) ceremony.

In the caption, Sonam wrote:

Happy happy birthday Karisma Kapoor . You are our inspiration for hard work determination and doing things no matter the challenges.. also thanks for paving the way for the Kapoor girls in movies.. if it weren’t for you we all wouldn’t be here.. love you ??

CINTAA ties up with Zindagi Helpline for combating suicides, ...
40 minutes ago

Sushant Singh Rajput Revealing about the Moment he Got Very ...
40 minutes ago