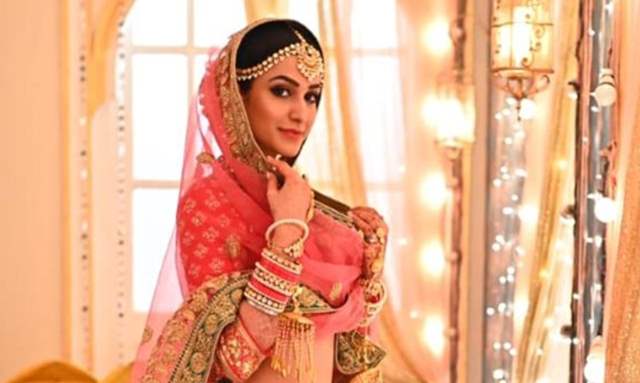 Zee TV recently introduced its new show,  a unique love story of opposites Teri Meri Ikk Jindri. Featuring television actress Amandeep Sidhu opposite popular television actor Adhvik Mahajan, this show traces the love story and journey of Mahi and Jogi, who despite their starkly different personalities?and outlook towards life, choose to walk together on the common path of love. With the show being immensely loved by one and all, the actors have been working extremely hard to live up to the responsibilities of their characters. While Adhvik may have left the viewers spellbound with his performance, the leading lady Amandeep too has been putting her best foot forward to bring out the best shades of her character.

For an upcoming track where Mahi is all set to happily wed Arjun (Akash Mansukhani), the perfect match found by her family, Amandeep was seen donning a bright and elaborate red lehenga that made the actress look nothing short of gorgeous. While Amandeep surely had a surreal experience enacting scenes of this wedding sequence, her mom seemed to have had a rather overwhelming moment watching her daughter as a lovely bride on television.

Recalling the moment, Amandeep said, “Like every other mother, my mom had tears in her eyes seeing me dressed as a bride for the very first time on the show and when I got to know about that, I got pretty emotional as well. I was ecstatic about my entire look, the lehenga that I was wearing was a proper Punjabi wedding dress but a little difficult for me to handle as it weighed almost 12 to 15kgs. A Punjabi bride's wedding attire is incomplete without the resplendent Kaleerein and I was wearing Golden Kaleerein along with the traditional white and red Chooda, which is my most favourite bridal accessory. As a kid, I used to always wear my mom's or my aunt’s chooda and now that I was shooting for an episode with it, I  actually did not want to remove it for days. The chooda, gajra, Kaleerein, jewelry and the heavy lehenga surely made it quite a difficult process to shoot continuously, but I had great time shooting for this track. And after all, why not? it’s every girl's dream to dress up as a bride!”

Well, we surely cannot get our eyes off the new bride on television but it seems like not all is well with Mahi’s fate on the show. Adding constant chaos to her life, Pappu Ji (played by Manoj Chandila) is up to an evil plan to get destroy Mahi’s wedding and her life. Amidst all of this, a heartbroken Jogi waits on and hopes for Mahi to see his growing love towards her. 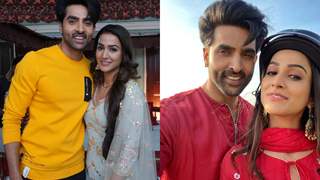 Adhvik Mahajan on Teri Meri Ikk Jindri co-star Amandeep: She is a very ...