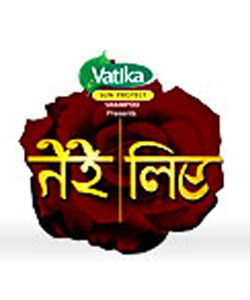 Star Plus and Balaji Telefilms' Tere Liye will bring in a major twist with the entry of a new character Kaki Ma, which is to be played by known Marathi actor Sugandha Dalvi.

According to our source " Kaki Ma has come with a mission and will reveal a certain past that will shake the major love story that is seen in Tere Liye. She will reveal the real  reason behind the death of Mrinalini who had earlier been related to Anurag in some way or the other. Mrinalini is presently dead and Kaki Ma will unfold the mystery behind her death".

We hear that Mrinalini, Nupur (Reshmi Ghosh) and Anurag (Harshad Chopra) were thick friends during their college days. This major revelation will create a havoc in the love life of Anurag and Tani (Anupriya Kapoor).

Our source says, "The sequences of Mrinalini  will be shown in a flashback. The actor to enact Mrinalini has not been finalized yet and the casting is on".

9 years ago God bless Harshad & Anupriya, their friendship and the amazing chemistry they showed

anupriyajenni 9 years ago lovely lady of the world anupriya come back soon with harshad. we missing both of you lot lot lot and lot.

10 years ago Harshad chopda you are fabolous actor in tv
love you from the core of my heart
relly missing premeer and KDMHMD
want premeer back
KDMHMD is eternal love story of premeer is unforgetable and is rocking forever.

10 years ago We want to see u in tere liye replacing anupriya,u suits harshad most.just kidding we want them together in some good story not in tere liye plz its not good